Will the band with hypertonicity of the uterus during pregnancy

The tone of the uterus during pregnancy can bring the expectant mother a lot of discomfort. The brace supports the uterus, causing muscles relax. But in order to eliminate hypertonicity, wearing brace, as a rule, is not enough. 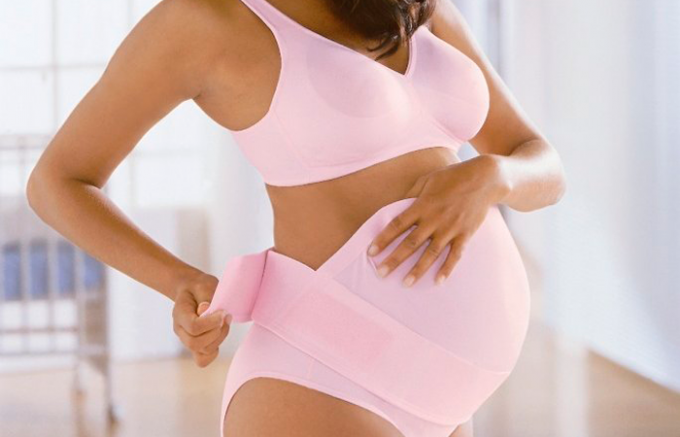 Hypertonicity of the uterus during pregnancy and its causes

The uterus muscles tend to periodically stretch and relax. When they for a long time in a state of tension, it is no longer the norm. This phenomenon is called hypertonicity. With him regularly encounter many pregnant women.

During muscle mums can feel pain in the lower abdomen, often the stomach becoming hard like stone. Besides the fact that this condition causes a lot of discomfort, it is quite dangerous. Hypertonicity can cause premature birth. In the early stages of pregnancy, it poses a threat of inadvertent interrupts.

The cause of hypertonicity may be lack of magnesium salts in the body, fatigue, stress, heavy physical exertion.

Does the brace to relieve the hypertonicity of the uterus

Wearing the brace during pregnancy helps to solve many problems. But before you purchase it, it is advisable to consult with your gynecologist. In some cases, wearing it is not recommended.

The brace helps to relieve tension of the uterus, as it supports the tummy by preventing the muscles to strain during active walking or other physical activity. It also allows you to unload the spine.

It should be understood that by means of wearing the brace fails to resolve only mild hypertonus, which is caused by muscle strain associated with the displacement of the center of gravity, as well as active exercise. In most cases, addressing the hypertonicity requires a comprehensive approach.

In this pathology at the same time with wearing the bandage for pregnant you need to take antispasmodics. Assign them can only be a doctor. The specialist will clarify the schedule of reception and dosage of the drug.

If the tone is the result of a deficiency of magnesium in the body, the woman must take drugs that contain salts. In this case, the bandage can not help to get rid of the manifestations of hypertonicity. But this does not mean that wearing it is not necessary.

Bandage need to pick up strictly according to the size and use it correctly. It should not be too tight, squeeze the internal organs and hamper movement.

When the voltage of the smooth musculature of the uterus should be immediately lie down on the sofa or bed and relax. If the cause of this condition is stress, you should try to calm down and think about your health and the health of the future baby.
Is the advice useful?
See also
Присоединяйтесь к нам
New advices