How many centenarians in Russia

Many dream to live a long time, while maintaining sanity, vigor of mind and body. The number of centenarians on the planet is growing rapidly. In Russia those who crossed the centenarians, traditionally known for the Caucasus region. 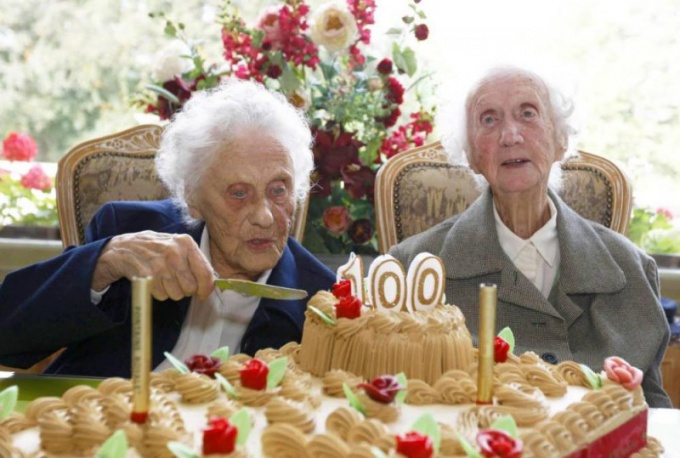 Related articles:
A single age at which a person is considered a survivor, the world does not exist. In many countries, these are the people who stepped eightieth milestone. In Russia, centenarians – those who are 90 and older.

Currently the world population is aging rapidly. Over the past 50 years the proportion of older persons among the population of Russia increased from 9% to 19%. Growing number of centenarians.

The longest living in Japan. There are 3,000 people have one already celebrated its centenary. In Russia not so much.

Centenarians from the past

But if you look at the history of the country, you can find a lot of evidence that before 100-120 years lived a lot more people. In the Alexander Nevsky monastery is the burial of a monk of Patermuphias, who died at the age of 126 years, and the monk Abraham, who died at 115 years old.

In 1912, the Royal family met with the participants of the battle of Borodino. Preserved newsreel of this event. Elders was 115 years and more.

Honorable Ministers of science and culture

Among the representatives of science and art, you can find those who lived to a ripe old age. Choreographer Moses and singer Isabella Yurieva died at 101 year of life.

The Petersburg actress Galina Semenchenko died at the age of 102 years. A remarkable kindness and cordiality. She drank alcohol, never smoked. Served themselves. She went to the store, walk the dog.

The record is not recorded

Modern people are interested in information about centenarians. In the Guinness book of records since its advent there was not a single survivor from among the Russians.

The fact that the age must be documented. But this is sometimes impossible. Many documents have been permanently lost. After all, they were born in the nineteenth century.

Officially the oldest woman in the world is Japanese Kamata Hongo. Her 115 years. Man – Yukichi Chuganji. This Japanese 112.

The secret of longevity of Caucasus

In Russia there are places where centenarians are more common. It's Dagestan, Chechnya and the whole Caucasus region.

For example, in Abkhazia, a large number of centenarians. One of the reasons for this phenomenon – full of negative ions, salts and oxygen in the air. Mountain and marine climate also has a beneficial effect on health.

But only the natural factors for a long life is not enough. Abkhazian long-livers differ in psychological resilience, commitment and philosophical approach to life. They do not let emotions prevail over reason.

Local people according to custom follows the schedule of the day alternating physical activity and rest. Eats right. Their diet contains little cholesterol. But it is rich in vitamins and antioxidants.

The oldest person on the planet lives in Chechnya. Zabani Khachukayeva in 2014 year marks 124 years. She does not complain of health. Doing housework, Babysitting grandchildren and great grandchildren. Doctors believe that the age in her passport may be incorrect. In fact, she's older.
Is the advice useful?
Присоединяйтесь к нам
New advices