Electrophoresis for infants: pros and cons

Electrophoresis is prescribed to children with the first month of life. Due to the current, the active substance goes into the tissue, without exerting systemic effects on the body. Can be used as the main method of treatment and support. 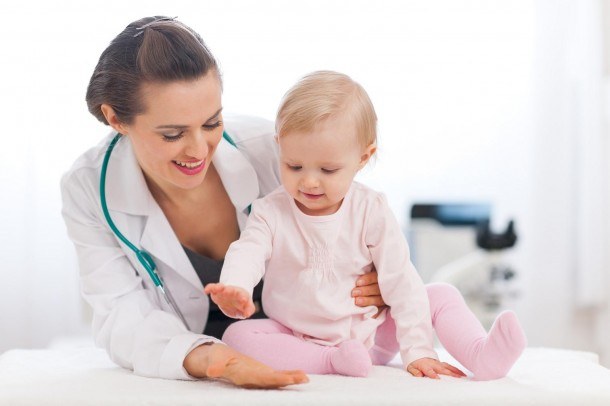 Related articles:
Electrophoresis – effects on the body electric current, and specially selected medicinal substances. The latter begins to act on the background of changes caused by the current, so even at low concentrations of exposure infants drugs become effective.

The advantages of using electrophoresis

Procedure of electrophoresis has anti-inflammatory and relaxing effect. Can also be used for pain relief.
Children under one year, he was appointed with the following problems:
- a raised or lowered tone;
- neuralgic disorders;
- diseases of the musculoskeletal system;
allergies and diathesis.

This method can be used for children of almost any age, starting from birth. Since the effect of drugs is enhanced under the influence of the current, it is possible in a shorter time to achieve positive dynamics. It should be noted that this treatment has a pronounced local effect, and therefore allows the therapy without the appearance of side effects.

The session electrophoresis lasts only from 6 to 15 minutes, so the baby will not get tired during this time and therefore will not start to act up. In some cases the procedure can be performed at home, which is very important for those families who do not have the opportunity daily to visit the clinic.

Because the skin effect current, during the procedure, you may receive a burning sensation and tingling, which do not always like kids. Moreover, doctors are not allowed to do electrophoresis in that case, if the skin is damaged or sores. Otherwise, the thin skin of the child may appear more irritation and rash.

The disadvantages of the use of electrophoresis in infants can be attributed to the fact that the method can be applied at an elevated temperature of the body. Please note that most often the procedure is performed in a clinic. Small children may be scared and capricious in an unfamiliar environment. But this shortcoming is solved, thanks to the skilled medical personnel and the availability of toys in the offices.

And the last drawback that needs to pay attention to is the possibility of allergic reactions to the drug.

Experts recommend to follow the behavior of the infants during the course. If parents realized that the baby began to behave worse, there were irritability, sleep problems, treatment should stop, opting for softer methods.
Is the advice useful?
See also
Подписывайтесь на наш канал