How to treat cystic masses on the cervix

Nabatova cyst is a formation that occurs in the cervix. Benign inflammation filled with slime-specific and size can reach from 2 to 10 mm in diameter. In most cases, the disease occurs after pregnancy due to improper restoration of damaged organ tissue. 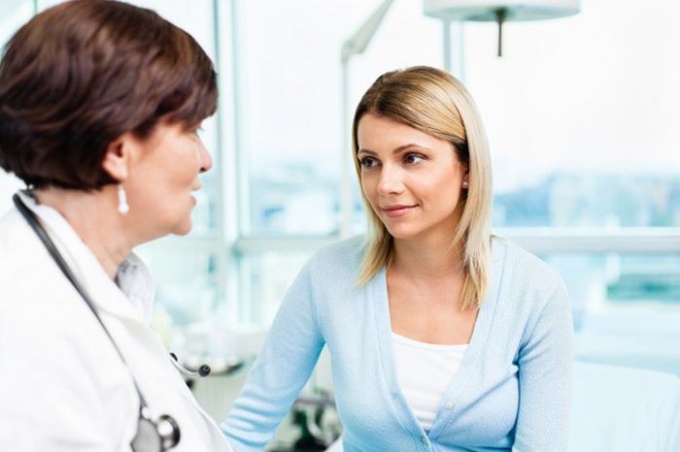 Related articles:
Instruction
1
Cystic lesion of the cervix do not cause symptoms until then, until you reach very large sizes. In most cases, the diagnosis of the disease is made during a pelvic examination. Most often cysts do not require specific treatment and may not be seen as a significant deviation or pathology. In rare cases, when the inflammation increases or takes on a different hue, a doctor can prescribe a colposcopy and tissue biopsy.
2
The results of the examination, the gynecologist may decide on the removal of tumors by dessication or cryotherapy. When using the first method, the cyst is destroyed by thermal effects using the special tool. During cryotherapy the doctor freezes the affected area, using liquid nitrogen.
3
Benign tumors have a positive Outlook and do not threaten the health and life of the patient. Complications of the disease occur only in rare cases when the tumor reaches the size at which it blocks the passage of the cervix of the uterus. To avoid problems in the future, you should regularly visit the gynecologist for inspection. If the disease is accompanied by other symptoms, possible use of blood tests or MRI and ultrasound.
4
Among the indications for more detailed study noted significant pain, increasing during sexual intercourse, intense vaginal bleeding. In modern medicine there is evidence that Nabatova cysts have a relationship with chronic cervicitis, an inflammatory infection of the cervix. However, the likelihood of custoza in this case also is not high.
5
The condition is not considered to be fully studied, and therefore there were no manner in which to avoid its occurrence. This tumor is not caused by a viral infection and bacteria; it was not observed any correlation between lifestyle and the emergence of the disease. Of cases in which benign cyst on become malignant, is not fixed, and because many doctors ignore the disease because it does not degrade the quality of life of the patient and does not affect its overall condition. The appearance of the cystic region is typical of most women who have had several pregnancies and are still in the reproductive age.
Is the advice useful?
See also
Подписывайтесь на наш канал