What names give to children at baptism

A Saint, whose name has been given to the child at baptism, will protect him throughout life. The question is how to choose the right name of the Saint, if not all modern names are reflected in the calendar. 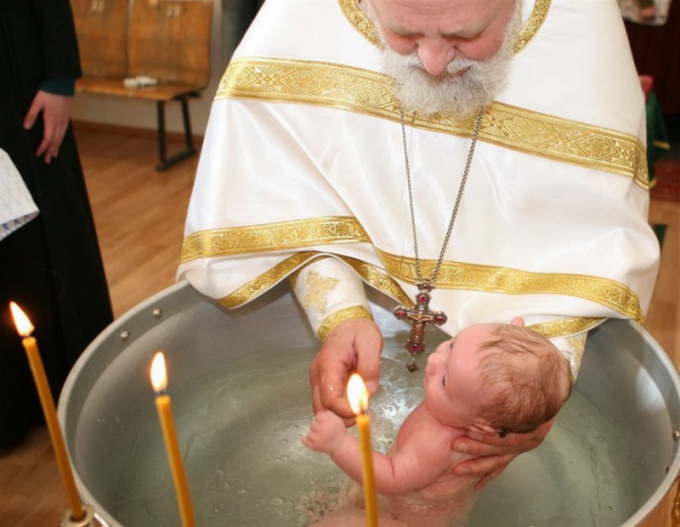 Related articles:
Instruction
1
With the adoption of Christianity in Russia, children were named according to the name of the Saint whose day was nearest to the date of birth of the child. The list of saints was small at first, it did not exceed 80 names, hence the huge amount Ivanov, Mari, Ann. To avoid confusion, the pagan names for a long time remained as a home, and the Christian name was used in Church services, as a result, the child had a double name. An example is a fabulous character - beloved Ivan the Fool, the name "Fool", according to tradition, were given to the youngest son in the family and did not carry the slightest negative sense. Over time, the calendar was expanded, presenting a much greater variety of Christian names. Until the beginning of XX century, children were dubbed the calendar, and problems with baptized in the name arose.
2
Problems arose with the integration of Western and Eastern cultures, with an increasing proportion of educated people in society and, of course, with revolutionary transformations. There was a fashion on names, children began to call the names of literary characters, has been a common practice artificial entity names. Criticism on the calendar for a long time was irrelevant. The calendar returned at the end of the last century and encountered a quite serious problem.
3
There are many names that are phonetically appealing, but not having a reflection in the calendar, so the problem of naming the Christian name occurs frequently. Even such primordially Russian names like Yaroslav, Svetlana, Milan Bogdan do not exist in the calendar. What are parents to do, and want to give your child a non-trivial a sonorous name, and at the same time to give the child a Holy intercessor in heaven?
4
At baptism the priest offers parents a choice of several names that fit the sound. The name Alina is not in the list of Christian saints, but fashion to him is, it is understandable – the name is beautiful and unusual. As a rule, secular Linam, Alice call the names Alevtina, angelina, Alexandra, Anna. The Slavonic name Svyatoslav, Yaroslav, Rostislav no in the Orthodox calendar, to baptize them similar sounding names Mstislav, Vyacheslav, Svyatoslav. Ancient Russian names are listed in the Orthodox calendar 15 – Boris, Boyan, Vadim, Vladimir, Vladislav, Vladimir, Vyacheslav, gold, Kuksha, Mstislav, Razumnik, Svyatoslav, man, Ludmila, Yaropolk.
5
One of the options to name the child according to the calendar – choose the Christian name of the Saint whose memory we have for the coming birthday number the way it is inconsonant secular name. Some Christians believe that the name of the baptized should not know no one except the closest people and the priest – this is the case to give the child a second name. As a result, you will get the option of early Christian Russia, when the person had two names, one for use in the world, the second is the name of a guardian angel.
Is the advice useful?
See also
Присоединяйтесь к нам
New advices