"Khrushchev," so popular in the postwar Soviet period, calculated on a useful life of several decades. However, in practice this period is much less. 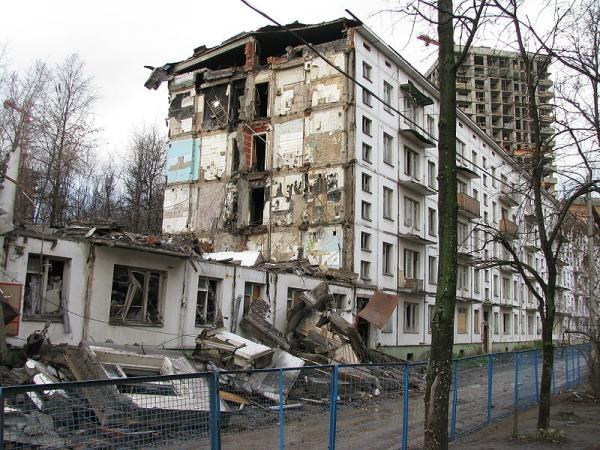 The first thing that determines the ultimate lifetime of the building – material of which the house is built. The most reliable are at home, whose walls (load bearing structures) have a thickness of 2.5 bricks. Such structures belong to the class "capital", designed for 150 operation. There is also the class of "high capital" of houses whose walls are still thicker; such buildings can stand for 300 years. Next in longevity is a brick house with a smaller thickness of supporting structures (<2.5 bricks) and large-block building designed for 125 years. Big-block, prefabricated houses "live" for 100 years, cinder – 90 and panel 50. Experts say that brick house, was built in the period 1860-1917 gg quality is significantly superior to the modern, because the last build of a short lived bricks. The same applies to buildings built during the Soviet era.

Buildings of this type were built from different material: brick, thick and thin panels, sometimes even used blocks. At least the term of "Khrushchev" built in 1955-1970 gg of thin panels. Their maximum lifetime is only 50 years. However, with proper maintenance, such houses easily survive another 20 years. According to studies, the panels of these buildings have a margin of safety, the size of the project by 1.5 times.

It is quite another – brick five-story building, designed for hundreds of years. However, in any calculation of longevity of the houses have a condition that must be observed to the building have served their time completely. It is a timely overhaul. The repair of individual apartment does not affect the condition of the house. Another important point – the cost of utilities, electricity. In Soviet times, all this cost a penny, therefore, the construction of, for example, prefabricated houses, not trying very hard to seal the joints, - the heating was almost free and worked constantly at full capacity. If we take the current conditions, it appears that the apartment in the same block of flats every year, it consumes more resources; it becomes clear that within a few years the price of housing is fully consumed charge for "communal".

Except the brownie box there are still utilities, the degree of wear which in "Khrushchev" does not imply overhaul (early 2000s). Approximately 25% of communications is completely worn out. Therefore, it is obvious that it is cheaper to demolish these buildings and build a new home than to repair the old one.
Is the advice useful?
See also
Присоединяйтесь к нам
New advices