Fish must be included in the diet of a healthy person. Sudak is a great choice. It does not require you to refined ingredients in order to cook a delicious and healthy dish. 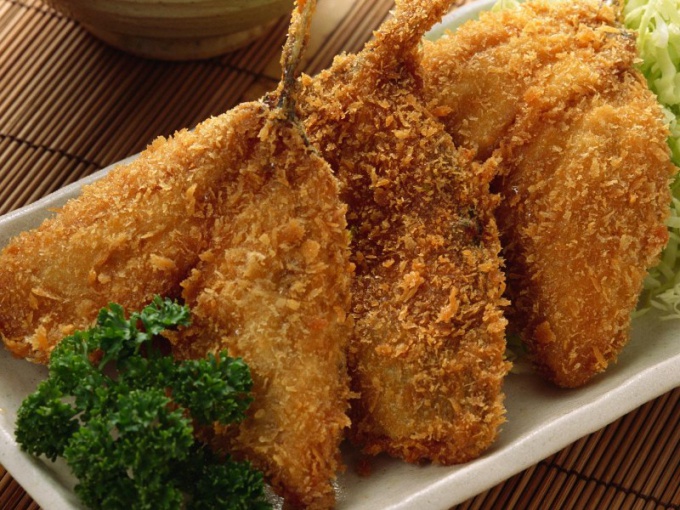 This recipe for fried walleye very simple, but the fish turns out juicy, tender and soft.

You will need: 1 kg fillet of pike perch, 3 heads of garlic, 5 tablespoons mayonnaise, 2 tablespoons of salt, a little black pepper, 1.5 cups of flour, 4 eggs and a little vegetable oil.

Get cooking marinade: mix mayonnaise, salt, pepper, garlic, squeezed through press. Mix the marinade with the fillets of fish and put it in the fridge for a few hours.

Prepare the batter in which to fry perch. In one bowl mix eggs, a little salt and pepper and whisk well the mixture. In another plate pour the flour.

When the fish zamarinuetsya, you can start to fry it. Dip the fillets in batter, then in flour and place on a heated pan with a small amount of oil. Cook on a slow fire, otherwise there is a risk that the fish will burn.

This version of the making walleye easier. For this recipe, prepare the following ingredients: 300 grams perch fillet, 2 onions, salt and pepper to taste, a little vegetable oil for frying, a little flour.

Pike perch fillet cut into small portioned pieces and sprinkle on each a little salt and pepper. After, roll the fish pieces in a small amount of flour.

Pour into the pan 3-4 tablespoons of vegetable oil and wait until pan heats up thoroughly.

Put the perch and fry first on one side. Without turning, put in a pan the onion and wait until it is browned. Flip the fillets and fry until Golden brown now to the fish.

Serve with onions and herbs.

The third option is cooking fried perch is quite unusual and piquant. It will appeal to fans of ginger and cinnamon.

Zander cut into small pieces, marinade and leave for about an hour.

After the fish zamarinuetsya, you can fry it in a large amount of vegetable oil. Fire select medium.

After the fillet has acquired a ruddy crust, lay them on paper towel to stack fat, after which the dish will be ready.
Is the advice useful?
Подписывайтесь на наш канал