Who invented the machine

If you conduct a survey of the youth of today and ask, who invented the first machine, the most popular answer will probably be "Mikhail Kalashnikov". In the best case to be named the name of the inventor of the Soviet PPSH submachine gun of the great Patriotic war Georgy Shpagin or German Hugo Schmeisser. But the name of the General in the tsarist, and then the red army, Vladimir Fedorov, who created the machine almost 100 years ago, will remember is that particularly curious. 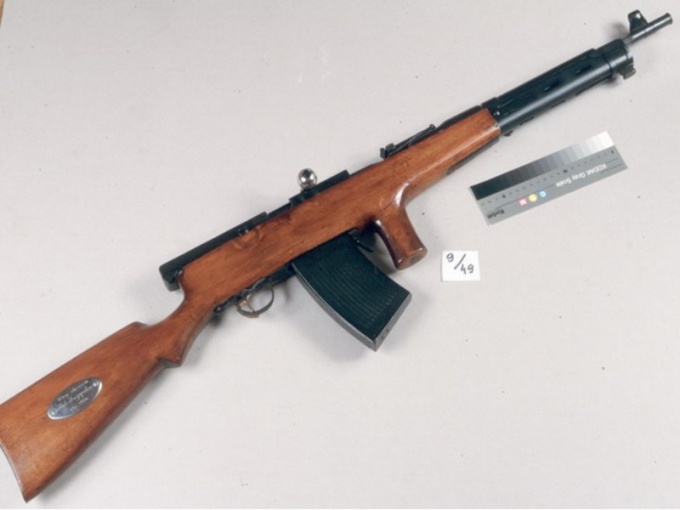 
During educational practices at the Sestroretsk arms factory Fyodorov met with his boss and the inventor of the famous "trehlineyki", 1891 by Sergei Mosin. It is with attempts to improve "mosinskoy" rifle, turning it to automatic, than actively engaged in a gunsmiths, Vladimir began his career of inventor. Helped him service in the Artillery Committee and the opportunity to explore the technical and historical materials telling about the different types of modern and ancient small arms.


Six years after graduating from the Academy in 1906, Fedorov submitted to the Artillery Committee's own version of "trehlineyki", converted into an automatic rifle. Although the approval of the military leadership received the first fire proved easier and cheaper to create a new weapon than to try to change and improve what already exists. And reliable rifle factory chief Sergei Mosin happily lived and fought until the middle of last century, and left without a principled foreign changes.

Putting aside the "three-line" in the direction of Vladimir Fedorov, along with a mechanic from the workshop officer school in Finland the landfill and the future famous Soviet designer of the weapon, the inventor of registered machine gun and submachine gun and also a General Vasily Degtyarev started work on his automatic rifle. After going through four years of successful field testing, the rifle Fedorov was called "a prototype of 1912".


The inventors made two kinds. One under the standard cartridge of the Royal army 7.62 mm. the 6.5 mm cartridge, designed specifically for auto rifles, much improve speed and accuracy. Unfortunately, finishing the job on his creation and to give the army new infantry weapons, Fedorov and Degtyarev was prevented by the outbreak of the First world war and opposition to military Ministry. Work on it was deemed untimely and dismissed. And the main infantry weapon of the Royal army, and her soldiers and whites, etched "three-line".

Significant progress unnoticed the inventor, however, remained. In 1916, the 42-year-old Vladimir Fedorov gets the shoulder straps of the major General and the ability to continue its weapons experiments. And in the same year, the General invented a shorter and more light-weight mixed rifle and machine gun, which received the neutral name "automatic". On the ground in Oranienbaum 50 automatic rifles and eight guns Fedorov perfectly withstood the test and were accepted for military service.


The great advantage of the first machine was used in the Japanese cartridge smaller than the Russian analog of the caliber to 6.5 mm Fedorov cartridge is modified and has not been). Due to the weight of the weapon was reduced to five kilograms, the range of accurate shooting is increased to 300 meters, and the return — on the contrary, decreased. And 1 December of the same year, on the Romanian front went armed, including the invention of Fedorov, the main company of the 189th Izmail regiment. A factory in Sestroretsk was ordered at once 25 thousand perfectly proved themselves in the war machine guns Fedorov. But later the order was reduced to nine thousand, and then completely canceled.


To get back to work on the machine now red General Vladimir Fedorov could only after the Civil war. In July of 1924, the improved sample has passed the test, the results of which are newly recognized positive. However, the Red army has got a total of 3200 copies, because the leaders of the Soviet people's Commissariat of defense, the novelty surprisingly quickly cooled. Perhaps for good reason. Indeed, although armed with machine officially was only until 1928, in fact it was used even 12 years later, during the military conflict with Finland. And back then fighters did not cause.
Is the advice useful?
Присоединяйтесь к нам
New advices