What can you make out the remaining dough for dumplings

If you still have dough after cooking dumplings, do not worry. It is possible to cook many other meals - easy, tasty and healthy. Their preparation will not take much time, and they are sure to appeal to all members of the household. 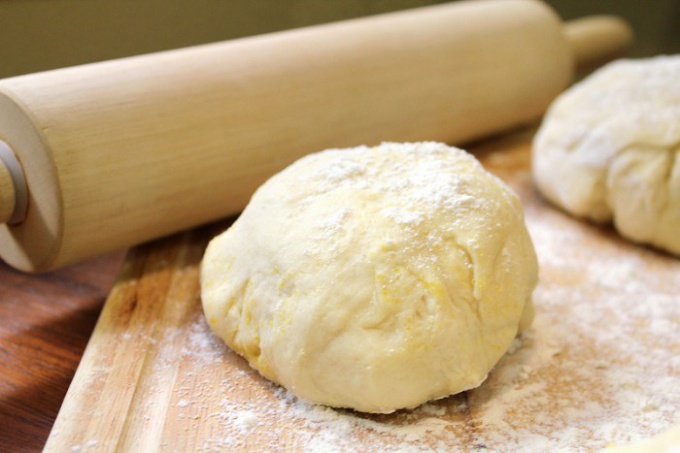 Related articles:
If the hostess is preparing dumplings at home, she often stays extra dough. You need to use it as soon as possible, otherwise the paste will dry up and make it nothing happens. Do not store the dumpling dough without the shell, be sure to tighten in a plastic bag or wrap and store in the refrigerator. And when you have time, take it and lightly mash with your hands. Recipes for dumpling dough there is a great variety.

Quickly and easily from dumpling dough to prepare noodles and "bows". Noodles should roll out scraps of dough in a thin layer and cut into narrow strips. Thinner and more elegant you come out of these strips, the better it will look noodles. Cooked noodles immediately add in chicken or beef broth, or spread on a Board to dry, and then put in storage. Such noodles are much healthier and most importantly tastier than the store.

"Bows" are preparing too just. The dough is rolled out and cut from it slices, as for dumplings. But the filling is put in the "bows" do not need each circle just going in "accordion" in the middle. Cook Farfalle in salted water or broth, and served with butter, sugar or grated cheese. Such products can be frozen as dough.

For making dumplings roll out the remains of the dumpling dough first on the sausage, and then each sausage mash on the strip width of about 3-4 cm These strips should be slightly thicker than the tortillas for the dumplings. Let the dough dry, then cut each strip the width of the short dumplings. Dumplings can be dried and stored like pasta, but it is better to use immediately. They are perfectly suited to goulash and other meat dishes.

From the remnants of dumpling dough can be prepared well-known dumplings. Toppings are used from those that are home — boiled potatoes, cottage cheese, mushrooms, sauerkraut, cherry. Dumplings can be done for the future — that is, to freeze them in the freezer, then remove and cook when it's convenient.

A delicious dish for Breakfast or dinner will be bread from dumpling dough with filling. For cooking you need to roll out the tortillas the same thickness as in the dumplings, but more the size. On one half of the pellet is put thinly sliced sausage or ham, some cheese, and then closes all of the second half of the tortillas, as is done for making pasties. The dish is laid out on a pan with oil and slightly fry the dough was prepared, and the sausage and cheese warmed up.

Another great dish is the roll out dumpling dough. Stuffing, you can choose to taste. The dough is rolled out thin layer, preferably in the form of a large circle, smeared with sour cream or mayonnaise. The layer of dough evenly apply a thin layer of filling — minced meat or minced meat, mixed with finely chopped vegetables — tomatoes, carrots, peppers. Then the entire surface should scatter a few small pieces of butter. The roll is wrapped and laid in the steamer. The dish is cooked for 40-45 minutes, served with sour cream, ketchup, sauces.
Is the advice useful?
See also
Подписывайтесь на наш канал