Computer game GTA san andreas came a long time ago, but to this day it is a lot of people. This is mainly due to the fact that the game is the ability to control the gang, which makes it many times more interesting. 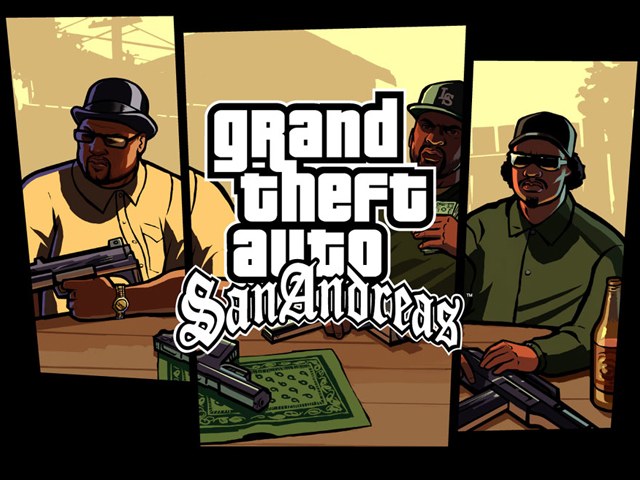 In GTA san andreas there are so many different gangs: Grove Street Families, The Ballas, Varios Los Aztecas, Los Santos Vagos, San Fierro Rifa, Triads, Da Nang Boys and The Mafia. Each of these groups has its own area of influence, their distinctive colors, their own business, their "mortal enemies", etc.

By default, the protagonist of GTA san andreas relates to gang Groove Street Families, and their enemies are The Ballas. Throughout the game, is the story of that first lost much of its authority and virtually disintegrated in the second, on the contrary, strengthened its position in the city and become richer.

How to hire fighters in their gang?

The game has become much more diverse and variative thanks to the introduction of various groups. The main character may, if desired, or to fight with the enemies, or to employ its force. The gang player must consist only of members of the group Grove Street Families. It should be noted that to recruit to your gang member of another group is impossible. This can be done quite easily. It is enough to approach the member of his group (dressed in green) and being next to it, click on G. of Course, in the beginning of the game the main character just can't create a whole "army" of their fighters. To create a big gang, you need to pass the game, the passage of which the main character will increase credibility, and he will be able to recruit more fighters.

The zone of influence

It is worth noting that the player can "beat" the enemies territory. Thus, you get the opportunity not only to expand their borders, but literally to destroy the enemy group. To capture foreign territory, you need to come to the area marked on the map, and attack any enemy. After that, the area will turn red, and you have to hold for a certain amount of time. If you survive to the end, grab the territory. Sometimes enemies will try to return it. In these moments the map will appear a special character to indicate that you were attacked. If you ignore this message, you will lose control over the territory. To protect their territory, you must come to that place and destroy all enemies.
Is the advice useful?
See also
Присоединяйтесь к нам
New advices