How to create shortcuts in ubuntu

Ubuntu users often try to simplify the OS, creating desktop shortcuts to the most used applications. The latest version of this operating system are a little complicated this procedure. 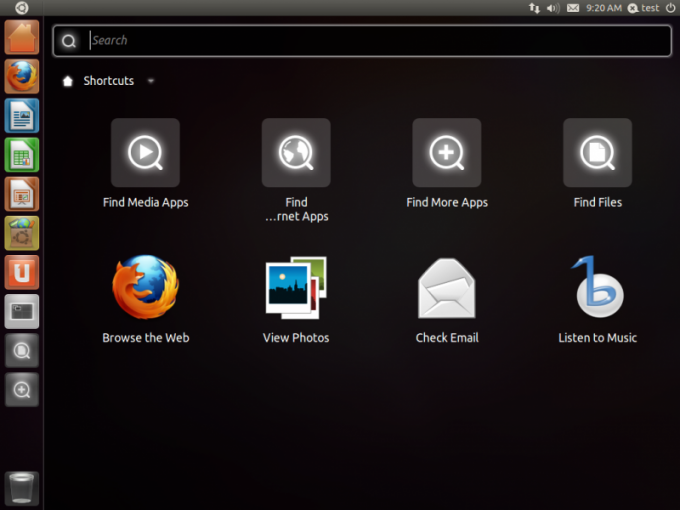 Related articles:
Creating shortcuts in Ubuntu on the desktop in versions prior to 11.04 was done very simply with just a few mouse clicks. In all subsequent distributions OS this process is somewhat complicated.

In our days, in order to create shortcuts in Ubuntu, you must install extra packages and then run a special command. To their the download is started, you'll need to press Ctrl + Alt + T to open a terminal window. After displaying drive in command prompt the following, then hit ENTER:

The entry "no-install-recommends" gives a guarantee that the installation shall be only the required packages, which will save on the hard disk free space.
In response to the displayed prompt, enter the password. You will then receive a system message with information about the installed packages and the amount of disk space that should be used. Once, the system will display the question, do you intend to continue, enter "Y" (without the quotes) then press ENTER. At the end of the installation process, you will get the opportunity to create a new shortcut with the command line.

Enter the following at the command prompt, and then press ENTER:

Displays the settings window where you must fill in the required parameters. In the upper drop-down list select "Application", and then to write the label name in the "Name" field. Enter the command, specifying the full path to run the program in the edit window commands. You can also use the "Browse" button to choose the team. Most of the programs running on the computer are in the directory at /usr/bin.

If you want, you can enter a description for your shortcut in the edit window of the comment. Click "OK" to create a shortcut in Ubuntu. Because the dialog box was opened from the command line, you will return to it after closing it. To close the terminal window, type "exit" (without the quotes) at the command prompt and press ENTER. The shortcut appears on the desktop, and you need only double-click it with the mouse to open the program.

How to create shortcuts in Ubuntu some other way

You can also create shortcuts by pressing Alt + F2 and typing the commands listed above, in the input field. Then a popup window will appear, in which you must enter all of the requested data. Using this method you can create multiple shortcuts on the desktop for a short time.
Is the advice useful?
See also
Подписывайтесь на наш канал