How can I replace cocoa

Chocolate cakes are always delicious, fragrant and beautiful. However, as a flavoring and colorant can be used not only cocoa powder. 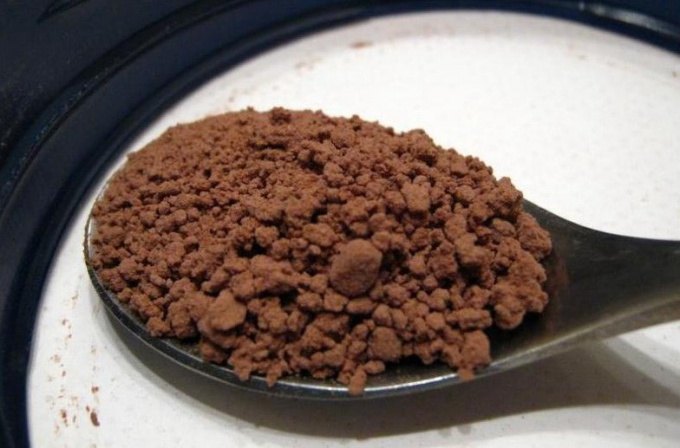 This product in appearance is virtually indistinguishable from cocoa. Except that the shade of the carob is not as intense. The taste is also very reminiscent of cocoa, but only with sugar. The taste of carob is a rich sweet, so in baking, it is possible not to add sugar. However, carob, unlike cocoa, does not contain substances that affect the psyche (caffeine, theobromine). It is believed that it is useful for the gastrointestinal tract and assists with diarrhea.
2
Powder carob is obtained from the dried fruit of an evergreen plant called carob. The homeland of this tree are Sredizemnomorskie such countries as Spain, Cyprus, Italy and some others. Another benefit of carob is that it is rich in natural dietary fibers. Besides, it contains various vitamins and minerals: A, b, B2, D, phosphorus, magnesium, calcium, potassium, copper, iron. Carob has the ability to absorb water: it becomes sticky. Therefore, as a thickener, carob may give the product qualities such as density, viscosity, gloss. The powder can be a substitute not only cocoa, but also sugar in various confectionery and chocolate recipes.
3
Chocolate bar

Chocolate is a confection based on cocoa butter. It is generally accepted that a chocolate bar can replace the 3 tablespoons cocoa. The best choice for replacement - black (bitter) chocolate. It consists of grated cocoa, sugar powder and cocoa butter. So, this kind of chocolate with various additives is minimal.
4
In milk chocolate, in addition to the ingredients necessarily present dry milk or nondairy creamer. And also, there may be a nutritional Supplement like waffles, raisins, nuts, candied fruits. Keep in mind that chocolate products are necessarily produced with aromatic additives. However, it will only be a plus for baking. White chocolate to replace cocoa is unlikely to be suitable because it is produced without the addition of cocoa powder. The disadvantage of chocolate is that it contains theobromine and caffeine: substances affecting the mental state of a person. Another undesirable element in chocolate, which have to put up with is oxalic acid. Its excess causes adolescent acne. In the same carob oxalic acid is absent.
5
Instant coffee combined with condensed milk

A couple of spoons of instant coffee ispolzute to give colour to the cakes. Of course, this product has a specific flavor. However, in baking it can drown out the various flavors if necessary. Keep in mind that coffee is a champion in content of caffeine, theophylline and theobromine. These substances are stimulants, so over time they can cause dependence. In addition, they affect the psyche and the human nervous system, causing disorder. Use coffee in baking in combination with condensed milk: this will give it a sweet taste.
6
QUIK and similar instant drinks based on cocoa

If you did not have cocoa, you can easily replace it with instant beverage type QUIK. The advantage of this powder is that it necessarily made with added vitamins and minerals. After all, this is a drink for the younger children. Very often, the powder "Nesquik" has some flavour: butter, vanilla, and so on. Keep in mind that the composition of "Froot loops" may vary depending on the country of manufacturer. Practice shows that we should not trust Asian producers of "Froot loops" and from the middle East regions. Sometimes they can be the causative agents of intestinal infections.
Note
The carob pods are broken unripe and dried in the sun. After that, they acquire a sweet taste. The raw pods of the carob tree is not used.
Useful advice
To make the cupcake chocolate color, use 1 to 1.5 tablespoons of coffee.
Is the advice useful?
Подписывайтесь на наш канал