As the beginning of the second world war

WWII – the Great Patriotic War. The Second World War. The war of liberation from fascism and Nazism. The bloodiest war in the history of civilization. Which claimed millions of lives in almost every continent of the Earth. While it is despicable, in silence: no ads, no warnings. 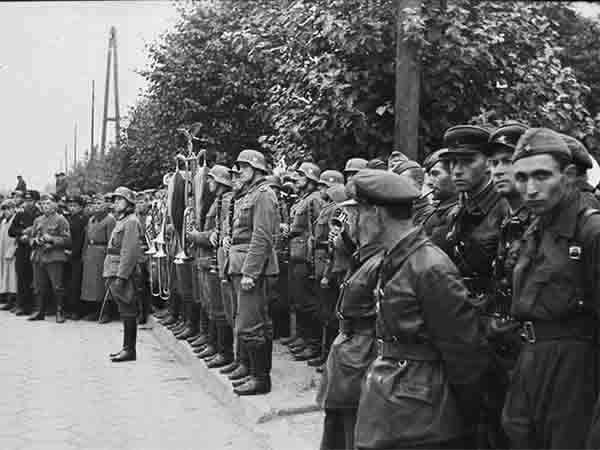 The beginning of the Second world war

World war II began on 1 September 1939. It's official. Not officially, it started a little earlier – from the time of the Anschluss of Germany and Austria, the annexation by Germany of the Czech Republic, Moravia and the Sudetenland. It started when Adolf Hitler came up with the idea of restoring the Great Reich of the Reich's borders until it was shameful for the Germans the Treaty of Versailles. But since then a few of the living could believe that the war will come to their house, no one had not come to call the war world. It looked just like a small territorial claims and "restoration of historical justice". Indeed, in the joining regions and countries formerly in the Great German Empire, were many citizens of German nationality.

Six months later, in June 1940, the Soviet authorities, quite treacherous by staging coups in Estonia, Latvia and Lithuania, has forced the governments of the Baltic countries to resign, and under the muzzles of weapons were held uncontested elections, which expected the Communists won because the other party voting was not allowed. Then, the "elected" parliaments declared the country socialist and sent a petition to the Supreme Soviet of the USSR of accession.

And then in June 1940 Hitler ordered preparations for an attack on the Soviet Union. Began forming the plan of blitzkrieg "Operation Barbarossa".

This is the division of the world and of spheres of influence was only a partial fulfillment of the Molotov-Ribbentrop Pact, concluded between Germany and its allies and the Soviet Union on 23 August 1939.

The beginning of the great Patriotic war

For citizens of the Soviet Union the war began the treacherous – at dawn on June 22, when a small border river bug and other border areas have crossed the fascist Armada.

It would seem the war there were no signs. Yes, Soviet intelligence agents who worked in Germany and Japan, and other countries were sending cables about that war with Germany is inevitable. Them, often at the cost of their own lives, able to learn and date and time. Yes, six months before the aforesaid date, and especially closer to her, stepped up the infiltration of saboteurs and subversive groups on Soviet territory. But... Comrade Stalin, whose faith in himself as the Supreme and unrivaled ruler of one-sixth of the land was so big and steadfast that in the best case, these scouts just stayed alive and kept working, and at worst they were declared enemies of the people and liquidated.

Stalin's belief was based on the Molotov-Ribbentrop Pact and on a personal promise to Hitler. He could not imagine that someone can cheat and replay.

Therefore, despite the fact that the Soviet Union's Western borders and was pulled part of the regular, ostensibly to improve combat readiness and planned military exercises, and on the newly annexed Western territories of the USSR, from 13 to 14 June conducted the operation to evict and clean-up "socially alien elements" into the country, the Red Army was not prepared in the beginning of the aggression. In the military unit received an order not to succumb to provocations. The command structure in a large number of from the highest to the Junior commanders of the red Army were sent on leave. Perhaps because Stalin himself was expected to start a war, but too late-in late July – early August 1941.

History does not know subjunctive mood. So what happened is what happened: early on the evening of 21 June, the German troops got the signal "Dortmund", which meant that the planned offensive the next day. And on the morning of the Germany, without a Declaration of war, with the support of allies invaded the Soviet Union and struck a powerful blow along the whole length of its Western border, on three sides – part of the three armies: "North", "Center" and "South". In the early days of the red Army destroyed most of the ammunition, military ground vehicles and aircraft. The peace of the city, guilty only in the fact that their territories were located strategically critical ports and airfields, Odessa, Sevastopol, Kiev, Minsk, Riga, Smolensk, and other towns subjected to massive bombardment.

By mid-July German troops occupied Latvia, Lithuania, Belarus, a significant part of Ukraine, Moldova and Estonia. They destroyed a large part of the troops of the red Army of the Western front.

But then "something went wrong..." - an intensification of aviation of the Soviet troops on the Finnish border and in the Arctic, counter-attack mechanized corps South-West front, halted the offensive of the Nazis. By the end of July – early August, the Soviet troops learned not only to retreat, but to defend, and to resist the aggressor. And even though it was only the very beginning to the end of the war WWII it will take another four terrible years, but even then, defending and holding the last bit of strength, Kiev, Minsk, Sevastopol and Smolensk, the red Army felt that they can defeat, destroying the plans of Hitler's lightning-fast seizure of Soviet territories.
Is the advice useful?
Подписывайтесь на наш канал