How to make Minecraft fireworks

If you want to make the show a feast for your friends, you can not only to invite them to your house and buy them a cake or pie, and have the opportunity to surprise them with a colourful fireworks display. To arrange a fireworks show, you should learn how to make in Minecraft fireworks. 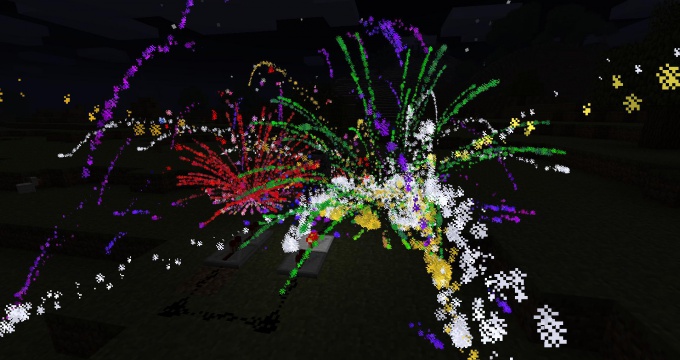 Related articles:
Instruction
1
Fireworks in the game Minecraft is a small rocket, which has a painted star. When run, it explodes in the air. While significant use of fireworks in the game no, but many players want to brag to your friends that still know how to craft fireworks.
2
To make fireworks, you need to get one piece of paper, made from sugar cane, colored stars in number from one to seven, gunpowder.

3
The quantity of gunpowder to launch a rocket affect the height and duration of flight. The duration of the fireworks can range from one to three seconds.
4
Also, the missiles can vary the number of stars. If a firework has five or more stars, then the altitude will decrease due to the heavy weight. You can make a rocket in Minecraft without the use of stars, but then there will be no explosion, and the fireworks will not take place.
5
Stars can have different colors. It depends on the type of paint used in crafting.
6
To make a star in Minecraft, gunpowder is necessary to add modifiers and dyes. The first is responsible for a set of firework effects and colours. Asterisk can pass two stages of crafting, which is a first for gunpowder can be added up to three modifiers (other cells - dyes), and then up to eight colors. When you craft, you can see that the star was the color of the entire amount of added dyes, however, with the explosion it will have a whole set of paints. 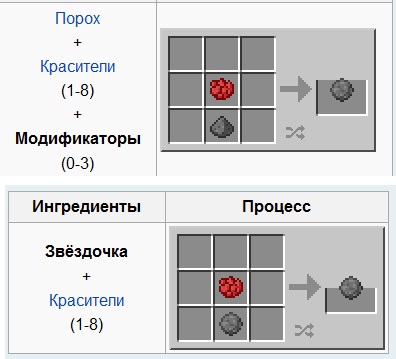 7
If you know how to make fireworks in Minecraft, and implemented your idea, you can launch a missile from any surface, including that of the distributor, using the right mouse button.
Is the advice useful?
Присоединяйтесь к нам
New advices