The speed with which allowed movement around the city

The posted speed in the city - not such a simple matter as it seems at first glance. In a particular situation impact on this indicator can have various factors that can lead to speeding. 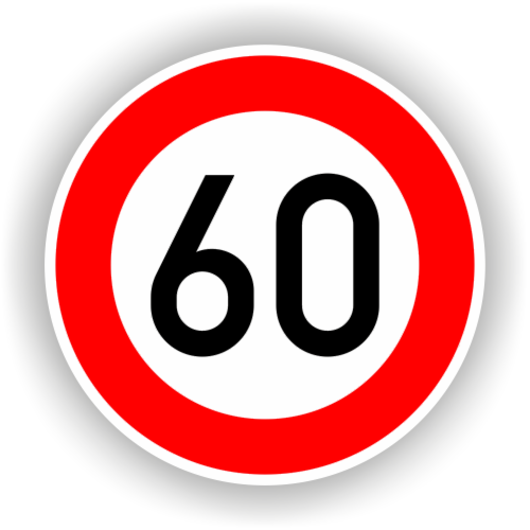 Related articles:
General and specific speed limits in various conditions established by the Rules of the road (SDA). This should take into account that this document is frequently amended. However, before you use this information as a guide to action, make sure you consider the newest version of the document.

General speed limits in the city

General requirements concerning permissible level of speed in settlements defined in section 10 of the Rules of the road. Paragraph 10.2 of the specified section of the document specifies that the maximum permissible speed of vehicles in the settlements of any type, including the city currently is not 60 kilometers per hour. While the living areas and yard areas inside the settlements are zones special high-speed mode: here, the maximum permitted speed not exceeding 20 km/h.

These General speed limits need to be applied directly at entrance on the territory and throughout the period spent in it. For example, if you are driving on the highway and see a sign denoting the beginning of the settlement, should immediately reduce speed to the permitted 60 km/h. the Same applies when you see a warning sign about the entrance to the living area or yard.

However, it should be borne in mind that, depending on the specific characteristics of the traffic situations on individual road sections can be established additional requirements to the speed of movement of vehicles. For example, they are installed during road works, the presence of steep turns and other difficulties, which may cause an emergency. Often in these cases the so-called special regulation signs, representing a designation of maximum permissible speed in a red circle.

It is worth noting that in some areas of the city characterized by the smallest danger to drivers and other road users-maximum permitted speed may exceed the total level set constraints and may include, for example, 80 km/h. Informing drivers about it usually also provided by means of signs special regulation.