What to do if a teenager is out of control?

The teenager had become unmanageable. What should parents do? 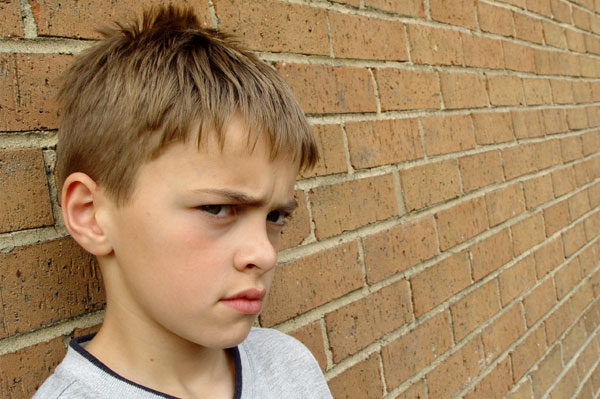 The essence of adolescence – not only psychological, but also hormonal changes. All this leads to a very special psycho-emotional state of a teenager. Teenager myself sometimes do not understand what was happening to him. He has not learned to recognize their feelings and control their emotions. And this "overlap" and the maximum load in the school yard, in the family. Hence the sudden and unexplained mood swings, increased impulsiveness.

The teenager is trying to assert itself on the ground is constantly in conflict with others – both adults and peers. However, he still does not know how to come out of the conflict, to behave in a dispute. And that there is no one to teach but the parents themselves should set an example and show a positive model of behavior, become a source of advice and support a child in teenage years. And screaming, punishment, threats won't help – the opposite will only aggravate the situation of teenage rebellion.

Teenage rebellion and lack of control always has some reason. For parents, this behavior should be perceived as an alarm bell. But calling not to strengthen control, to punish and rein in rogue child. This is a signal of psychological distress and problems in your relationship with him. After all, teenage rebellion does not occur without cause. If through adolescence have established a warm and trusting relationship with his parents, he lives a full and interesting for him, very life (not just "interests" but its sometimes "weird" interests), surrounded by friends, crossing the threshold of puberty, he will face difficulties and conflicts, but will always know that their parents will be adopted as is. But because of the reasons for lack of control and the rupture of relations with parents is not there!

Another thing, if the education were dominated by extremes. Overprotection and care for the child, as the atmosphere of austerity and restrictions lead to the fact that comes into adolescence, a man with a distorted self-image. In the first case it is too high, and second, as a rule, underestimated. That is, the charging of a child in the "inadequate" it turns out that parents are "trained" such inadequacy. And as the psychological restructuring of the adolescent is directly connected with the formation of its identity and self-esteem, all accumulated in this area, problems when joining the critical age will be felt.

The principle of "trust for trust"

Thus, unmanaged are those Teens who do not feel the confidence of the adults, or are concealed resentment at the betrayal of loved ones. Not feeling the support from his family, feeling a threat to their inner world of identity formation, the adolescent is trying to defend. And behaves according to the principle "the best defense is a good offense". He does this, of course, unconsciously, not for evil. Just, it is not taught. Therefore, the most important thing in communicating with a teenager is not to lose mutual trust, everyone needs to make a step forward, and the teenager and the parents. The principle from which we must proceed "trust for trust"!

The small talk, find common ground with almost adult children, a sincere desire to understand will help to find the cause of the problem. Learn to listen and hear the child, don't ignore his needs, not to alienate misunderstanding and punishment. Give the teen to feel the support and love, believing them teen significantly change, will gain faith in you and in themselves, and thus become more calm, restrained.

If to cope with the problem is not obtained, contact with the teenager lost contact adolescent psychologist. It will help to find the correct solution and the path to restoring mutual trust and "weather in the house"!