How to change the floors in the Khrushchev

The one who started a major overhaul in the apartment, located in the Khrushchev should understand that, without repair or replacement of the floor it just will not do. Probably not such a person who would like the old floor, made in traditional brown, revoke, creaking with every step. And it is precisely such distinctive features are characterized by old floors in the Khrushchev. 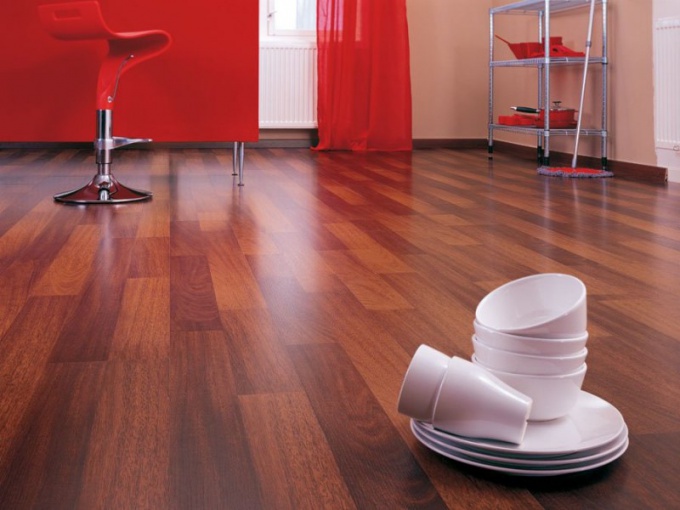 Related articles:
Instruction
1
Replace or repair floor in old houses, called the Khrushchev - the process is not easy. Perhaps the most time-consuming way to repair the floor is screed with cement-sand mixture. And all because for its devices, you must perform a complete removal of the coating, including the joists, then lay a layer of insulating material and the screed.
2
When choosing teplozvukoizoljatsionnogo layer it is possible to consider such materials as concrete, polyurethane foam or extruded polystyrene. To compensate for thermal expansion of the array at the perimeter of the wall mounted "damping tape". And in consequence of work performed is not face additional leveling floor leveling different solutions, apply cement-sand screed "semi-dry" type. It has a number of differences from traditional ties, which are that the device does not shrink, provides a perfectly flat surface without further processing, and also allows a few days to put on her topcoat.
3
The second way to create a clean floor covering is a dry screed. Replacement or repair of flooring in the kitchen with the help of such technology is a less time consuming process, unlike the method traditional and semi-dry screed. The technology of laying of the screed dry type is as follows: on a dry concrete base is laid a layer of plastic film, a perimeter wall already mounted above-mentioned damping tape, then set the bed of expanded clay. However you should know that the layer of expanded clay should not be less than 2 cm, as this will affect the future fall through the floor.
4
After this time is the installation of temporary beacons, with which you can control the uniform distribution of a layer of expanded clay in the same plane. In addition, the top cushion of expanded clay at the time of installed pedestrian Islands in the form of squares of any building material, and then mounted gypsum plate. Plate at its end sides is equipped with a sample that provides a tight connection of the sheets together. To connect the sheets of gypsum fiber Board used screws and PVA glue for gluing their ends. This step completes the process of laying screed, immediately after it can be put topcoat.
Is the advice useful?
Подписывайтесь на наш канал