The popularity of instant noodles is very simple: the preparation is not time consuming, and the taste of this dish still, no one complained. But is it possible to have instant noodles, while not causing harm to the body? 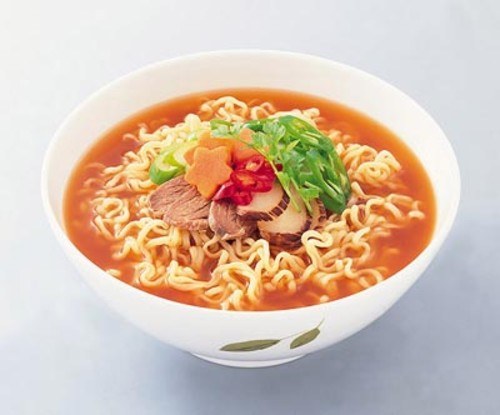 Related articles:
Some people believe that instant noodles to eat not only useless for the body, but also risky. What is the harm carries is a simple and a favorite of many dishes?

Noodles – a pasta product which can be eaten after five minutes of softening in hot water. What is the composition of the noodles?


It is prepared by drying the moisture, which is an indispensable element of any food. Dry pasta swells in water due to the fact that it has starch and various emulsifiers-thickeners. In spices for instant noodles, attached to it, is added sodium glutomat and flavorings, simulate often chicken, beef and many other flavors. Of course, this "chemistry" may not be good for the body. What is the harm of instant noodles?

Can not but cause concern in the composition of the glutomat spices sodium, which enhances the flavor. Once in the human body, this preservative helps to detain in this fluid, resulting in edema and increased pressure. In addition, the glutomat sodium affects the taste buds, over time people simply get used to consumption of such food.


In any case, the contents in spices dyes and fragrances can't be healthy for the body. Often eat noodles not worth it, how this idea may seem tempting (especially at work or in travel), otherwise there is a risk to earn a gastritis or even a stomach ulcer. During pregnancy it is better to abandon the use of instant noodles, elderly people are also advised not to abuse it.


If in addition to the noodles at hand nothing is better to eat it without the attached bag of spices, and salt and pepper dish. But harmful instant noodles without flavoring? The lack of spice out of the bag will largely save the situation, but the noodles still can not compare with ordinary pasta. It has no vitamins and protein, just carbs, so this dish no.


What about satiety? And here minus. The instant noodles low nutritional value, so eat it will not work. Instead meals eat some fruit. It will dull the feeling of hunger and bring more benefit to the body.
Is the advice useful?
See also
Присоединяйтесь к нам
New advices