How to put floor boards

Despite the abundance of new building materials, wood remains the most "close" to the person. That he preferred for the interiors. Batten is one of the most traditional types of flooring. There are different ways of installation: on wooden beams, rough floor of rough boards, plywood, hardboard. However, the most economical and most widely used is still laying boards on joists. 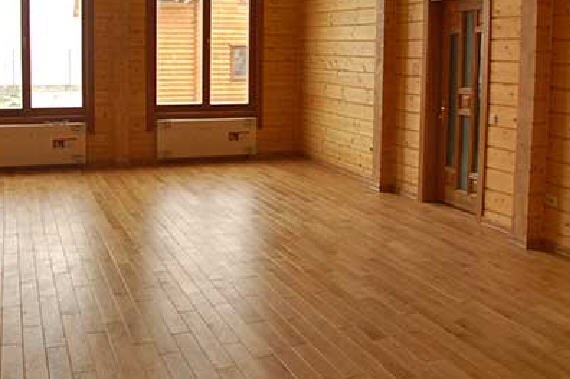 Related articles:
You will need
Instruction
1
Bring the humidity and temperature of the batten to normal. The humidity should not exceed 15-16 percent and the temperature should match the room. It is recommended before laying the planks to withstand it for 2-3 days at room temperature.
2
Prepare the base, which fits on floor Board. It should be relatively level and dry. Under the film, had lain on a concrete base about a day, should not appear darkening, speaking of high humidity.
3
Lay on the floor vapor barrier with a small bend on the wall. The edges of the fabric should overlap by 10-15 cm For reliability, seal the joints with tape.
4
Lay the joists parallel to the wall containing the window. The distance between them is determined by the thickness of the Board. At 30 mm it is equal to 50 cm, with larger thickness – 80 mm. Expose the surface of all lag in one plane, enclosing under them if necessary, pieces of thin hardboard.
5
Attach the joists to the base. The mount should be long screws with a diameter of 5-6 mm through the body of the Arab League, Saveleva under them holes and inserting plastic plugs. The number of fixing points is not standardized, if the base is smooth (good coupling), it is possible to limit the three screws on one lag.
6
Lay floor boards. The first Board put a groove to a wall, leaving between it and the wall gap of 10 mm Region near the wall nail top nails. The opposite edge with a spike attach with nails or screws from the base of the stud at an angle of 50°. In order to avoid schisms, serverlimit hole for nails or screws using an electric drill with a drill diameter equal to the diameter of the fastener. Fixation is performed for all lags.
7
Subsequent boards are mounted on only one side where is situated the spike. Before attaching firmly push the Board stacked wooden wedge, abutting against the beam (focus) nailed onto the joists. The jammed her tongue, it is recommended to use an additional spacer made from floor Board. It is inserted between the wedge and the Board so that its groove was part of spike.
8
Fasten the last Board with a nail on top of his hat will be hidden under the baseboard. Don't forget to leave between the boards and the wall desyatiballnoy gap. If the boards are joined along the length, place the joints on the joists, moving them relative to each other in adjacent planks.
9
Flatten the surface of the Board in the junction – proshlifovat their sandpaper with a grit of about 100 or prostrogat plane.
Note
Fastening the lag to the base is not a requirement. In some instances, with smooth surface and massive floor boards – joists are placed without attachment. However, this is valid only if they are smooth.
Is the advice useful?
Подписывайтесь на наш канал