To what period of pregnancy can not drink folic acid

Receiving folate during pregnancy helps prevent defects of fetus development, for example, spinal hernias or cleft lip and palate. Doctors recommend starting to take the drug even at the planning stage and continue to do a certain period of time after pregnancy. And yet too much folic acid intake can be even dangerous. 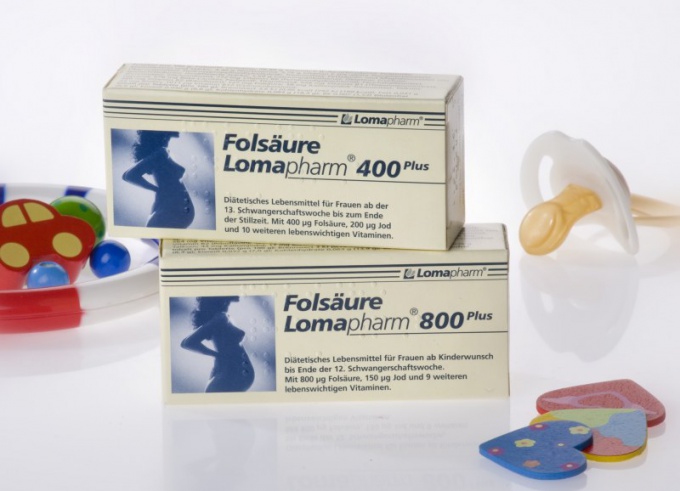 Related articles:
Instruction
1
Folate and folic acid belong to the group of water-soluble vitamins differ from each other in that the former are natural components found in certain foods, and the second chemical analogue of produced synthetically. In human body folic acid helps produce red blood cells and is also involved in the production of the hormones norepinephrine and serotonin. Besides, it is responsible for proper cell division and is an important component of cerebrospinal fluid.
2
Experts were able to prove that a deficiency in folic acid is often the cause of serious fetal malformations, such as neurasthenia neural tube, leading to the appearance of the vertebral hernia, or formation of facial deformities such as cleft lip or palate, in common called cleft lip and cleft palate. It is also known that this vitamin has the ability to accumulate in the body, so doctors recommend women planning pregnancy to start taking derivatives of folate at least 12 weeks prior to conception. And don't stop doing it and after this momentous event. However, not all experts know exactly how long should I take folic acid and whether to continue it after 12 weeks, the end of the period of active formation of bodies.
3
And yet, not so long ago in Australia produced a large study, which resulted in one rather unexpected conclusion. How useful folic acid at the stage of formation of the fetus, are so harmful it may be at a later stage of development. In the experiment it was found that children of women who continued folic acid supplementation between 16 and 30 weeks of gestation, at the same time with this seemingly innocuous vitamin has received an increased probability of Contracting asthma in the future. The risk of the disease compared with the control group was increased by 30%, quite an impressive figure.
4
From all this it can be concluded that folic acid intake is necessary and is justified only within a certain time, namely at the stage of planning of pregnancy in the first 12 weeks after conception. After this period of artificial folic acid should be abandoned, and pay attention to natural b vitamin folate contained in foods such as broccoli, oranges, bran, eggs and so on. Since folates are less stable than their synthetic counterpart, they can excess easily be disposed of by the body and is expelled before it has time to harm the future baby.
Is the advice useful?
See also
Присоединяйтесь к нам
New advices