Store sausages in our time are a product of dubious quality. If your family loves sausage and sausage, it is possible to make their homemade sausages. Get an excellent dish, healthy and tasty, and the part you are completely sure. These sausages can be offered to very young children. 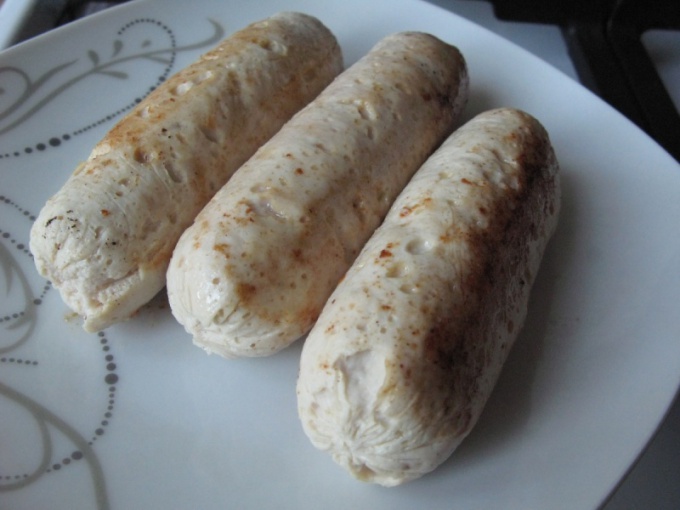 Related articles:
You will need
Instruction
1
Turkey fillet wash, remove the streaks and film and dry with paper towel. Then cut into small pieces. Onions also clean and chop in small pieces.
2
In the large often chop the onion and Turkey until tender consistency. Then add the egg, salt, pepper and cream and mix the ingredients with your hands.
3
The formed sausages. To do this, a cutting Board, cover with cling film and put in 1.5 tablespoons of cooked minced meat. Using the clingfilm roll up and seal the stuffing, forming a long and narrow sausage. Wrap the meat with several layers of film and the edges of the tie thread or just in a knot.
4
In a pot of boiling salted water drop shaped sausages and cook for 15 minutes over high heat. Then remove the cooked sausage. Separate them from the film and can bring to the table for the kids. Adult fry each sausage in a frying pan with vegetable oil on all sides until Golden brown.
Useful advice
Serve sausages you can with any garnish, and fresh or steamed vegetables.
Is the advice useful?
See also
Подписывайтесь на наш канал