How to lay a fiber optic cable

Fiber – a breakthrough in communication technology. Today, thanks to this kind of cables is achieved high-precision and rapid signal transmission over long distances without loss of quality. There are, however, this technology has one drawback: the cable has to "pull", enveloping it in a web of the city. 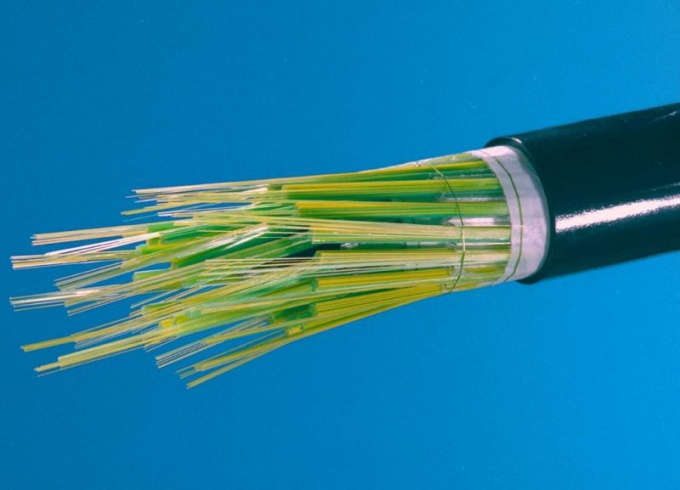 Related articles:
Terms of laying fiber-optic cable are discussed many of the points. First, what you need to decide is the type of cable. It depends on the conditions and the method of installation, and facility installation. For example, in air-laying of a cable is used hanging or self-supporting fiber optic cable. Universal, which is a softer light, is used indoors. Conduit placed more reliable heavy cable with elements protecting against the harmful effects of the environment. If the cable is laid in the ground, using special plastic pipes that protect against rodents and ground supply steel Central strength element. The cable is equipped with armor – metal mesh.

Most often the cable is routed in ducts or laid in the ground. But there are other ways, more modern, among them: installation using the drilling in the horizontal direction, winding on grosotto or laying asphalt when the pavement is being built.

In buildings the rules cable routing allow you to use low-voltage channels or voids behind the false ceiling. In addition, can be laid in special trays. When installing cable in a building should strictly follow the radii of curvature (they should not be less than the allowable for each cable individually). All cable used in buildings shall be examined in accordance with the terms of fire safety.

When laying under the ground (in the ground) to dig a trench at least 1 m deep, given the slack in areas where the cable connects, as well as at the ends of trails. The tightness of the cable is a basic requirement when it is laying on cable well.

When air-laying takes into account all forces acting on air-cable junction. For example, you have to consider its sagging, which varies according to variations in temperature and the tension force of the cable to calculate length. If you know the tensile strength of the cable in the gap, you can calculate its tension, which is not more than 60% of the strength, then it is possible to guarantee the reliability of the laying on poles.

The process of laying cable consists of two stages – preliminary and main. For the preparatory phase it is necessary to conduct visual inspection and to calculate the optical characteristics. At external examination the emphasis is on integrity and the absence of harm, such as insulation in the cable drum. It also checks compliance of the data specified in the passport (attached to each coil) and indicated on the drum. In the first place when checking the optical characteristics determine the attenuation per meter of optical fiber cable and compare with the passport. At the same time check the integrity of optical fibers. After that, go to the main stage.
Is the advice useful?
See also
Присоединяйтесь к нам
New advices