The causes of the revolution in Russia, 1917

The October revolution ended with the victory of the Bolshevik party. The result was the Soviet state a powerful force that left a trace in the history of the world. 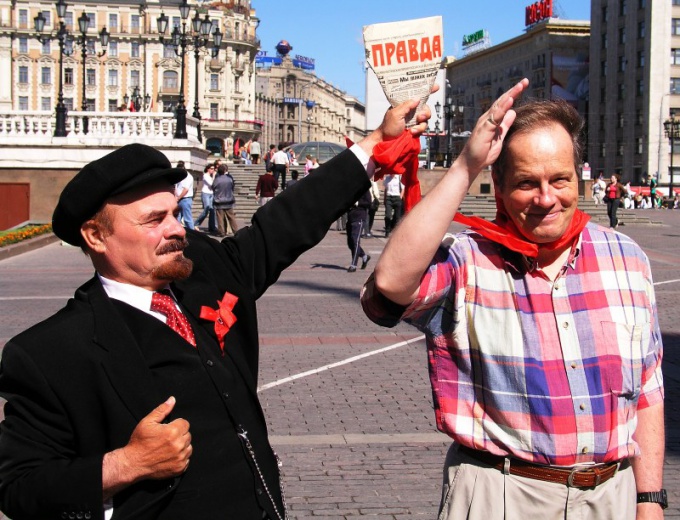 Related articles:
Instruction
1
Before the revolution of 1917, the Russian Empire was in bad shape. For three years lasted the First world war, and had to defend it.
2
The patriotism of the soldiers and officers could not save the situation in the absence of ammunition, food, clothing. There was a strong leadership and strategy of battle.
3
The Minister of war came under court, and the chief removed from office. Officers were mostly educated intelligent people who created the opposition.
4
Despite the economic growth of the country, in military terms of rampant speculation and abuse of power. In those years actively produced military products, and in cities increased prices for consumer goods. There were queues greatly oppressed people forced to stand for the necessities.
5
The growing discontent both at the front and in the rear was aimed at the government and the monarch. The Ministers changed frequently among politicians have formed circles of conspirators.
6
This was a pre-revolutionary situation in the country. Revolution contributed five objective and three subjective reasons.
7
The objective reasons. First, the social contradictions. Inexperienced bourgeoisie did not appreciate the intensity of the class struggle. Second, the stratification of the peasantry. After the Stolypin reforms in addition to the landlords the peasants were another enemy – fist. Thirdly, intensified the national movement, the origins of which were formed in 1905-1907. Fourth, the first world war taught the workers and peasants to handle weapons. The bourgeoisie grew rich on war contracts and was not going to change anything, but the soldiers wanted peace. Rural population is also tired of constant sacrifice. Fifth, the decline in the authority of the government and strengthen the authority of the Soviets, who had promised the people peace, land and bread, to strive for the peasantry and workers.
8
Subjective reasons. Among the intellectuals it became fashionable Marxism. Socialist views have become popular even among Christians. The Bolshevik party was relatively small but better organized and ready to lead the masses to revolution. There was a strong leader of the Bolsheviks, authoritative not only in parties but also in the nation. A few months after V. I. Ulyanov became a true leader, who believed the General population.
9
The result of all the factors of the October armed uprising under the leadership of V. I. Lenin ended with an easy victory of the Bolsheviks. Formed, the new Soviet government.
Is the advice useful?
Присоединяйтесь к нам
New advices