How to get pregnant with a tilted uterus

A tilted uterus is formed because of loss of tone of pelvic ligaments due to inflammatory diseases of the genitourinary system, as well as the presence of tumors of the appendages. These contributed to the displacement of the uterus from a Central location to the side. Typically, a tilted uterus is detected during the inspection at the gynecologist. The main negative aspect of this is the rejection - difficulty conceiving. However, displacement of the uterus is not a contraindication to the birth of a child, and get pregnant in such a situation is possible. 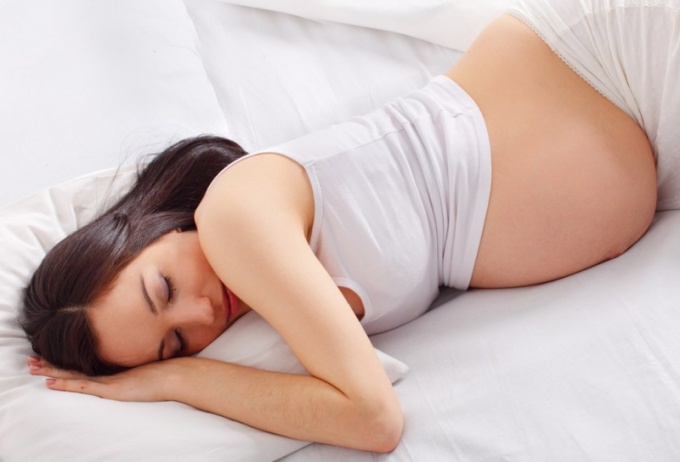 Related articles:
Instruction
1
A woman with a displacement of the uterus must apply the methods and techniques of centralization that body, if she wants to get pregnant. To correct the alignment of the uterus, the doctor may prescribe:
- physiotherapy ;
- treatment of existing chronic or acute inflammation of the appendages (endometriosis, adnexitis, fibroids, infections of the genitourinary system, etc.);
- conduct a gynecological massage in the bend of the uterus that helps to improve blood flow to the pelvic organs and trains its ligaments;
- perform therapeutic exercises to improve the tone of the uterine ligaments.
2
Among the recommendations, therapeutic exercises are exercises that should be performed lying on the stomach:
- alternately bending the legs at the knees;
- alternate lifting straightened legs back;
- the simultaneous raising of the straightened leg;
- flips from stomach to back and back;
- raising the upper body;
- raised the body with emphasis on your toes and forearms.
3
If a woman has a tilted uterus and the couple can't conceive, the first thing to consider is the position during sexual intercourse. In the case where the detected tilted uterus ago, during intercourse is recommended the knee-elbow position, when the partner is behind. After sex a woman doesn't want to just stand up and you should lie on your stomach or side for 15-20 minutes.
4
In the case where the detected forward bend of the uterus, the more effective will be the missionary position where the woman lies on her back and her partner lies on top. In this situation, you can put a pillow under the buttocks of women in order to lift the hips. Upon completion of intercourse, the woman is recommended to take a pose "birch" to allow the sperm to reach the cervical canal of the cervix.
5
If you want to increase your chances of conceiving a child, adopt a few more recommendations. During and after ejaculation the man needs to enter the penis as deeply as possible into the vagina in order to reduce leakage of sperm to a minimum. In addition, after pulling the penis from the vagina partner can gently press on the female labia, preventing further leakage of sperm.
6
Another important thing a woman can do. After intercourse she should remain lying on your side or on your back for 20-30 minutes, while the pelvis should be elevated. But most importantly, try to relax and fully enjoy the process itself.
Useful advice
Attempts of conception it is advisable to plan on the most likely days of ovulation - the time when there is a high chance of getting pregnant. For best performance it is recommended to have sex in those days as often as possible.
Is the advice useful?
See also
Подписывайтесь на наш канал