In the midst of the growing season clematis often happens that one or a few stems suddenly for no apparent reason fade, and eventually wither. Caused by the phenomenon of widespread disease, which is called the wilt. 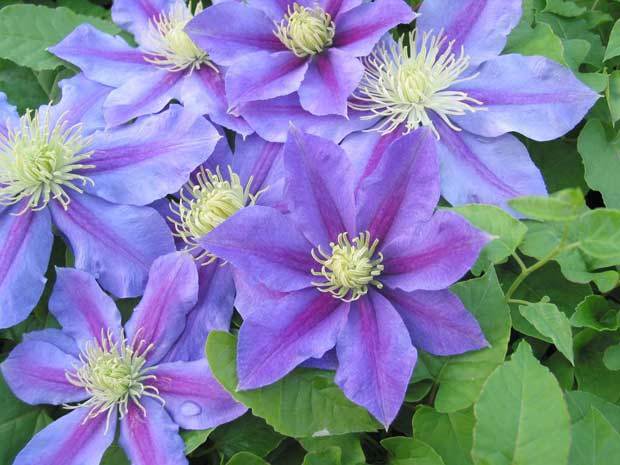 Related articles:
Instruction
1
Infection with wilt occurs by ingestion of infection in the plant through the roots or wounds. The cause of wilting of shoots in the defeat of the conductive tissues. In the result of infected stems die because of the lack of nutrients and water.
2
Unfortunately, effective measures to fight this plague does not exist today, there is only prevention. Most of the wilt affected plants are planted on heavy clay and acidic soils. Therefore, the main effort should be fungal for be directed at their improvement.
3
In the future, don't wait for the shoots wither. As soon as you notice that one of the stems begins to fade (first, be sure that soil moisture is sufficient), remove immediately, cut as low as possible in the ground. After removal of the affected spill escape Bush by the roots with fungicide "Tricolor" (5 g of drug per 10 liters of water).
4
In the autumn we transplanted a Bush in fresh soil. In the planting hole need to make "Trichoderma" or "Trailer". And around the root collar, which needs to be sunk when landing on 6-8 cm, liberally sprinkle the ashes.
Prepare clematis for winter, backfill under his base 2-3 buckets of sand mixed with peat and ash.
5
If a grown clematis suddenly fell ill with wilt, and provided assistance without tangible results, not in a hurry to destroy the seemingly dead plant. Sometimes a refresher a few years, clematis cope with the infection and grows again.
With the defeat of clematis wilt killed the vines, but the roots remain alive.
Is the advice useful?
Подписывайтесь на наш канал