How to pay hockey players

Modern players get big salaries. Enough money for a luxurious life after retirement. Even the beginner of KHL club can expect to earn in 5 million roubles a year. 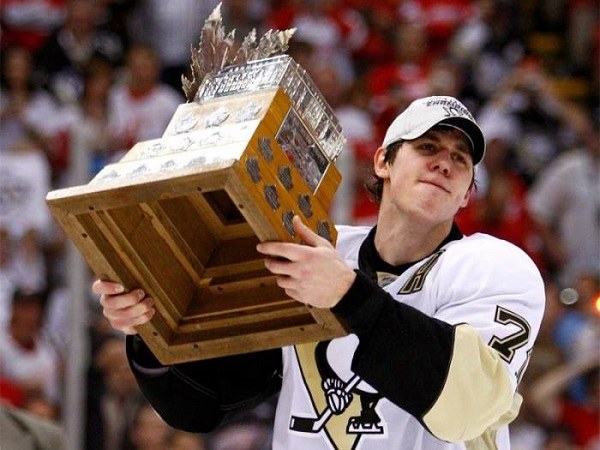 Related articles:
Soviet hockey players played, by and large, for the idea. They received a salary which was enough to be comfortable, but not luxurious life. The best were given apartments, cars queue. The players rejoiced in the victories and universal attention of fans, and after his sports career had to continue to work with coaches, officials, or search for themselves in another field.

Modern hockey is money and fame

Modern Russian hockey players feel more comfortable and once hung on the nail skates, can afford not to work, living in a nice house, riding a car, the cost of which is equal to the annual budget of rural settlements.

After the Olympic games in Sochi Vladimir Putin has expressed surprise at the high salaries of athletes playing in clubs KHL Continental Hockey League. He also urged to devise a system in which there will be a salary cap.

Salary in the KHL

Last season on the salaries of players in AK "the leopard" was spent 060,3 1 million rubles, SKA (St.-Petersburg) – 1 023,5 million, CSKA – 761,3 million, Neftekhimik Nizhnekamsk - 393.8 million rubles, in "Spartak" "Moscow" - 295,6 million. From the statistics it is seen the inequality of the salaries of the players depending on the mission of the team. It turns out that the Kazan AK bars" contain three of the team "Spartak". When salaries are divided among approximately thirty players.

As for the big salaries of players, 7 players of the same AK Bars" for the season earned more than 60 million rubles. Such earnings observed many leaders in other teams.

The smallest fees in the KHL – 5 million rubles. But that's not all. Each player can count on bonuses for wins, goals scored, indicators of usefulness and more. All this is prescribed in the contracts.

Salaries in the NHL

If we talk about the NHL (national Hockey League), which aims to leave most of the players and there salaries are much higher. For example, Brad Richards last season, could earn around $ 12 million, and our countryman Evgeni Malkin – 9 million roubles. But this is the most highly paid players that hold the team. In any case, even beginners at the signing of the first contract can expect to pay from $ 1.2 million.

Whether this attitude toward work hockey players? After a few years at a high level, they become rich. The same Maxim Sushinsky, at the time, played in Magnitogorsk "Metallurgist", now goes on the car worth 15 million rubles, when the coach at the school receives a salary of 10-15 thousand rubles and go to workout on foot.
Is the advice useful?
Подписывайтесь на наш канал