How to treat myocarditis

Harmful factors causing loss of muscle fibers of the heart, lead to the development of severe pathological conditions. One of them is myocarditis – a disease resulting from degeneration of the myocardium. 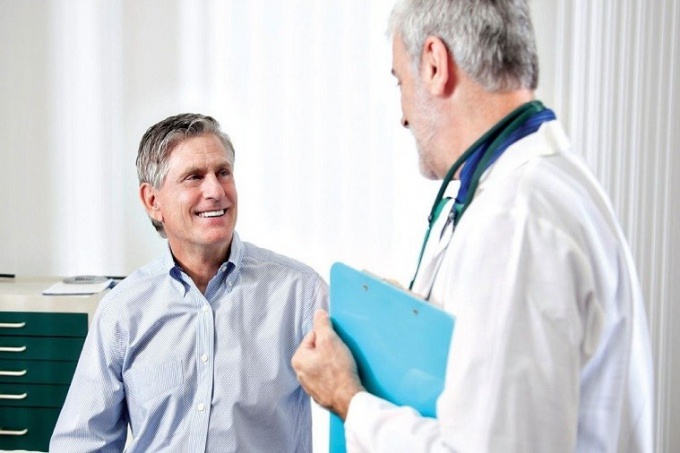 That leads to the development of the disease

Myocarditis – dystrophic changes of the myocardium, characterized by the growth of fibrous bands in the intermuscular tissue. Typically, this condition develops after suffering myocarditis (inflammation of the heart), which is a common complication of many infectious diseases. When it is severe irreversible changes occur: the normal muscle tissue is replaced by connective, is not able to contract and conduct electrical impulses.

The symptoms of the disease

Myocarditis often occurs in a latent form, under the guise of the common cold, and myocarditis revealed much later. The characteristic symptoms are manifested with the appearance of the heart in dystrophic sites in which the disturbed processes of holding and generating electrical impulses. In this case, patients complain of fatigue, shortness of breath, lower extremity swelling, disruption of cardiac activity, strong tremors in the chest. If miocardiotita affected the sinoatrial node, responsible for the production of pulses, there may be a decreased heart rate (bradycardia), which will be shown in the sudden deterioration of health, dizziness and loss of consciousness. Sometimes this disease is completely transparent to the patient and does not lead to serious consequences, it all depends on the area and the localization of the affected myocardial regions.

How to diagnose myocarditis

The most informative is the implementation of the ECG, including daily monitoring. This survey method provides an opportunity to identify existing arrhythmia, including periodic.

To establish miocardiotita widely used ultrasound, during which it is possible to detect the affected areas of the myocardium, which differ in their structure from normal tissues.

A biopsy is the most dangerous method of investigation to confirm the diagnosis carried out in exceptional cases.

Treatment of the disease

Myocarditis can manifest itself in different ways: some patients – healthy people, and others with disabilities. But, in any case, treatment is only symptomatic, including therapy for congestive heart failure and arrhythmias. Unfortunately, no specific medications to restore the heart muscle does not exist. Unsuccessful medical treatment of life-threatening bradycardia has to decide about the implantation of a pacemaker. The development of valve disease in some cases is the reason for surgical intervention.
Is the advice useful?
See also
Присоединяйтесь к нам
New advices