Why you need a rosary

Currently, the rosary, in spite of their belonging to subjects of a religious cult, more is used as ordinary jewelry. Kind of a fad with a religious bias. Meanwhile, this subject has a very specific intended purpose. 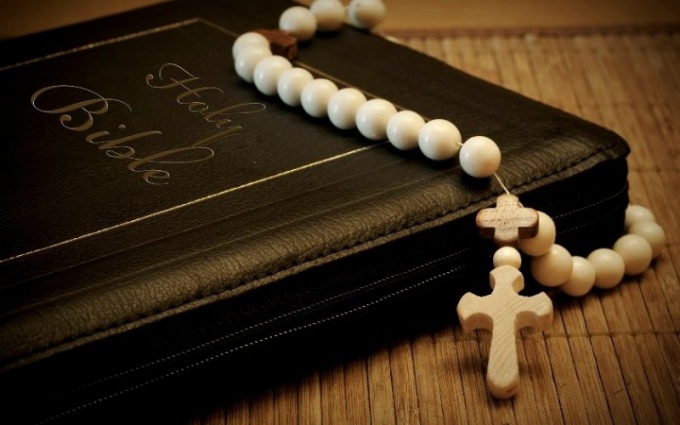 Related articles:
Seemingly ordinary or a little exotic beads - prayer beads, their origins and existence are bound religion. Moreover, religion is not the same. Prayer beads have a wide spread in Christianity, and in Buddhism and in Islam.

The main function of the rosary

In all religions the basic role of the rosary was about the same. They served as a kind of counter read prayers or by various ritual acts. In addition, it is believed that the rosary help to focus the believer on prayer and also symbolize the cyclical nature of life and neskonchaemoi the power of God. In each of the religions prayer beads have only inherent in this belief, symbolic meaning

The role of prayer beads in different religions

In Christianity, the rosary appeared in the fourth century BC in Palestine. They consisted of 33 beads of seeds of fruits and their number corresponded to the number of years lived by Christ.

In Russia, the number of grains in the beads increased to one hundred. Although, depending on your destination, these beads could be from 20 to 150 beads.

Catholics have prayer beads called rosary (crown spring of roses). They account for 50 beads and is divided into 5 decades. However, some Catholic peoples and religious confessions these beads have their own characteristics. For example, Basque rosary is made in the form of a ring, which is worn on the finger. And consists of cross and 10 grains. The Franciscans, on the contrary, the number of beads increased to seventy.

Now in Catholicism, prayer beads are considered by Church affiliation.

Muslims have prayer beads there are two kinds: round and flat. Flat consist of skewered squares and rectangles resemble a Desk calendar

The round beads the number of beads is always the same – 99. So many names of Allah. These beads are separated by crosspieces for 11 beads. This is due to the number of required parts of the Muslim prayers.

Space, fire, air, earth and water means five colored filaments have a Buddhist rosary. On these threads are strung with 108 beads made from Yak bones. Beads separated by ridges into 3 equal parts. As a castle on the rosary used by large pearl symbolizing the sign of the Buddha.

In the modern world, the rosary is often used as ordinary jewelry. Large rosary is worn instead of beads on the neck and small wrist. They are believed to have the power of a talisman and some of them are made of certain material is also able to protect from many dangerous diseases.
Is the advice useful?
See also
Присоединяйтесь к нам
New advices