How to do an enema pregnant

During pregnancy a woman's body undergoes a serious test. In particular, the growing uterus pushes internal organs, pushing them to the walls. The greatest burden in this case falls on the bowel loops, the most mobile organs of abdominal cavity. This displacement and redistribution is a cause of disorders in the intestine, the most common of which is constipation. And the most effective and safe means of countering constipation has long been enema. 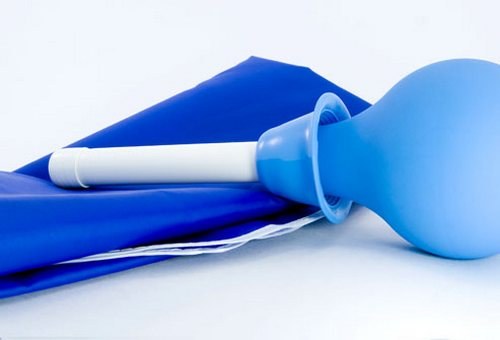 Related articles:
You will need
Instruction
1
Before doing an enema to a pregnant woman, we must bear in mind that the formulation of an enema during pregnancy is an extreme measure, because the uterus may come in tone. However, just before birth enema is mandatory, and, of course, more convenient and psychologically comfortable to do it at home, not in the maternity ward.
2
Prepare the site of the procedure – the required horizontal surface on which you will be able to settle comfortably in full growth. Fill the enema (in the form of a pear or in the form of heating pads, which you prefer and what you have on hand) warm water. To enhance the effect, you can add 2 tablespoons of castor or mineral oil, however, keep in mind that pregnant women in any case can not be used when klishirovannyh herbal teas, a tincture of chamomile and the like! It should also be borne in mind that the amount of water in the formulation of an enema to a pregnant woman should not be more than half a liter!
3
Grease silicone enema tip any fat cream or vaseline. If you have a helper, all preparatory manipulations can do it while you relax and mentally prepare for the procedure.
4
Cover the surface with the diaper, lie on your left side, with the maximum comfort having a belly. Try to relax and then gently put the enema tip into the anus – it is easier to do it on the inhale. Wait a few minutes until the body will get used to it. Then gently press the pear, bringing water into the rectum more slowly and carefully. If you are using an enema in the form of warmer, remove the clamp from the hose, gradually dosing the flow of water into the gut.
5
After all 0.5 liters of water was in the body, lie on side for 5-10 minutes. If you feel a strong urge – don't fight with him, and gently rising, with minimal fluctuations for the stomach, rush to the bathroom. If there is no urgency, you can very gently Pat the abdomen above the pubes clockwise. After 15 minutes, in any case, you need to visit the toilet, where, most likely, there will be a resolution of fluid and stagnation of feces.
6
After the procedure you must carry out a thorough hygiene of the anus and lubricate it with vaseline or baby cream.
Note
Most importantly – remember that the enema is not the solution, but a temporary measure of relief, which pregnant women should be applied with great caution. The surest means of combating constipation during pregnancy is a warning, that is a healthy way of life, but with an increase in consumption of fiber, as well as more movement and fresh air that will definitely help in solving the problem of timely bowel movement.
Is the advice useful?
See also
Подписывайтесь на наш канал