Why are born six-fingered children

In different cultures and at different times attitude to children born with "extra" fingers, was different. In Ancient Egypt these children read, sent them to the sacred temples, where they became servants of the gods. But unusual in the middle Ages, children became objects of persecution. 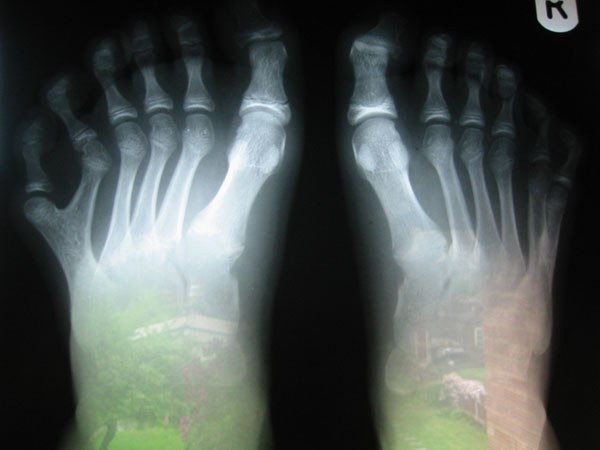 Related articles:
Phenomenon when fingers or feet are more than five, is called polydactyly. Polydactyly is known for a very long time — in Ancient Egypt and Ancient Babylon to the birth of such children was not a rare phenomenon.

To date, the extra fingers removed as a child, it is a simple operation, after which almost no trace remains. Although surgical removal of the applied cosmetics on quality of life extra fingers have no effect.

Causes of polydactyly multiple. This deviation often has a family character, that is, if one parent has an extra finger, then the probability of having children with the same anomaly is very high. Usually a sign of polydactyly is linked with the dominant gene, but there are cases of inheritance and autosomal recessive type.

Polydactyly can be a symptom of the patau syndrome, or trisomy 13. This means that in the chromosome set of a man in the 13th chromosome pair has one extra chromosome (three instead of two). And this disease is characterized by multiple developmental disorders of the internal organs and systems, including polydactyly.

Syndrome Rubinstein-Taybi is characterized by the malformation of the fingers, among which is found and polydactyly. This is due to the
violation of development of the entire skeletal system, bone age lags behind the passport, the bones of the facial skull is misshapen, double or terminal phalanges or entire fingers.

Also polydactyly can be a symptom of a genetic disease that results in the disruption of metabolic processes. It is a syndrome of Smith-Lemley-Opitz, but it occurs very rarely.

Not so long ago scientists proved that polydactyly children can be the consequence of bad habits of parents. It is known that if the mother smoked during pregnancy, then it is very high risk of giving birth to a baby with six fingers. Also proven that if a woman in the first three months of pregnancy suffered acute and prolonged stress, it increases the probability of having a child with congenital malformations, including polydactyly and.

If the child has an extra toe — one or few — to fear it is not necessary. This small cosmetic defect is easily eliminated with the help of simple surgical operations and even to remove it does not interfere with the baby. But if a woman is planning pregnancy, she should take certain precautions: for the three months before conception to stop Smoking, start to follow a healthy lifestyle and avoid potentially dangerous situations (excessive sun exposure, x-rays, harmful factors of production).
Is the advice useful?
See also
Подписывайтесь на наш канал