Why is the baby crying after feeding

The baby may cry after eating because of severe pain caused by intestinal colic. Also fairly common cause is thrush in mouth fungus, causing itching and burning. In addition, one cannot exclude the weeping associated with overeating or malnutrition of the child. 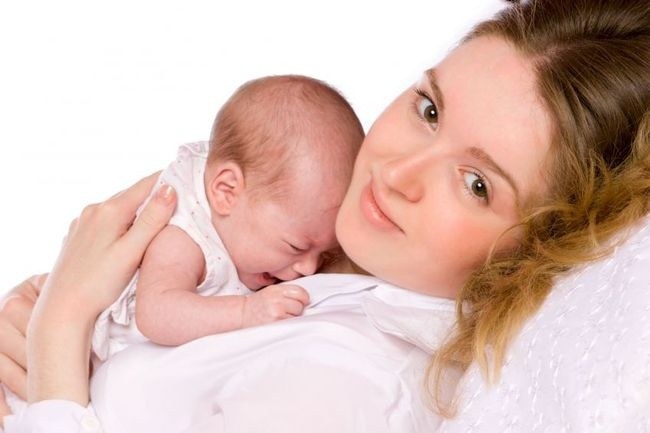 Crying is the main weapon of the newborn, by which it can inform parents about the pain, hunger and discomfort. Since 3 months of age kids, especially boys, become more capricious, which is associated with intestinal colic. They often occur during or after eating. A child suffering from painful sensations in the stomach, as a rule, contracts the forehead, knocking the legs, squint eyes and loud screams. To spare their child from such misery, the parents should be required after each feeding to keep baby upright until he srygnet excess air. Most often it goes into the stomach due to improper attachment to the breast when the baby takes only the nipple, no areola. If the newborn is fed with bottle, it should advance to sure that he was perfect form the nipples.

The child is tired or undernourished

The baby may cry after meals due to the fact that it is not fully satisfy the feeling of hunger. As a rule, this applies to newborns, who are fed mother's milk. In this case, you must offer him the other breast or to Supplement an adapted infant formula. If the process of lactation is established and milk is in the right amount, you should make sure that it has enough fat content. It is necessary to Express a few drops and look at their color – they should not have a bluish tint.

Parents who are convinced that the child eats exactly as much as he needs, fundamentally wrong. Especially for children on artificial feeding. Excess food is simply not digested and ferment in the stomach, causing pain, accompanied by crying. The baby should be on a strict feeding schedule – he must have a certain volume of milk or formula at the same time.

Inflammation of the oral cavity or middle ear

If during feeding the child behaves restless – turns, puts his hands in his mouth and cries, this can be a signal of the appearance of stomatitis or thrush. These diseases are accompanied by a white coating, reddening and swelling on the tongue, gums and lips. The affected areas itch and bake, so a newborn cranky and sometimes even refuses to eat. At the initial stage of the disease are treated by wiping the mouth with a gauze swab moistened with solution furatsilina or decoction of chamomile.

A baby during feeding systematically cries and pulls his ear, as soon as possible to get on reception to the doctor. The reason for this may be inflammation of the middle ear, which causes acute discomfort, increasing during suckling.
Is the advice useful?
See also
Подписывайтесь на наш канал