Japanese cuisine has in recent years enjoyed great popularity, but not all understand it well enough to make the right order at the restaurant or to discuss the menu with friends. For example, only few people know that sashimi – it does not even sushi, and a completely separate dish. 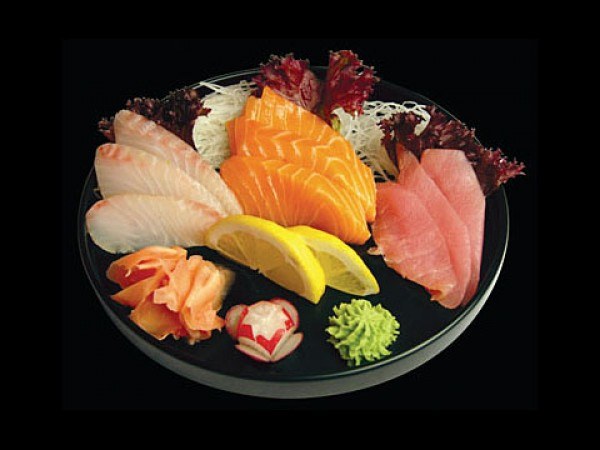 Related articles:
Sashimi is a very popular Japanese dish consisting of a special way and a special knife cut into slices fish fillets, and fish can take any. Be sure that the fish was very fresh. Some progressive chefs instead of fish use a variety of seafood, even meat fillet. Sashimi served with vegetables, ginger, wasabi and soy sauce.

Sometimes confuse sashimi with sushi, considering these two words are simply variations of the names of the same dishes. In fact, sashimi is a completely separate dish, moreover, the Japanese themselves love it even more than sushi. The main feature of a sashimi is that they eat without rice whereas sushi rice is one of the main ingredients.

And just because the sashimi to the rice is very important the freshness of the fish – because in this case the rice will not be able to "disguise" any flavors that finds fish fillets during storage. By the way, although for the preparation of sashimi and you can take any fish at the discretion of the hostess, the river is still better not to take, because it is very bony and fresh noticeably gives Tina.

How to cut fish for sashimi

First and foremost you will need long and very sharp knife, ideally a Japanese knife for slicing fish. Will also need tongs to remove the bones to a very high quality clean fillet from the small bones.

You need to put fillets on a cutting Board and cut lengthwise into two halves. Thus, you get two pieces of fillet, each of which is a rough thin edge. This edge should be carefully cut off, slowly slide the knife edge along the entire length of the piece of fish. Processed in this way half fillet cut into thin slices – almost as cut the sausage.

The serving dishes on the table

Sliced fillet should be put in the dish – it is important to remember that in traditional Japanese cuisine on the plate must necessarily be an odd number of slices. You add them to the vegetables: lettuce, sweet potatoes, radishes, cucumber, tomatoes. In General, everything that you can find in the fridge, and that the hostess likes to eat fish. For sashimi served in a light white wine, you can also serve sake or Japanese sweet liqueurs. Those who do not drink alcohol, it may be advisable to sashimi green tea with lemon and no sugar.

The main thing in sashimi, as in any Japanese dish is making. The Japanese are generally very sensitive to the appearance of food and is always very concerned about giving the dish an unusual appearance. For registration of sashimi, you need to show quite a bit of fantasy: figurno to cut vegetables, nicely put them together with fish, to try to create on the plate of the original color scheme.
Is the advice useful?
Присоединяйтесь к нам
New advices