How to treat enlarged ovary

To treat the enlarged ovary taken using hormone therapy, a low calorie diet and drugs that normalize the functioning of the hormone insulin. The operation is performed only in the most extreme case. 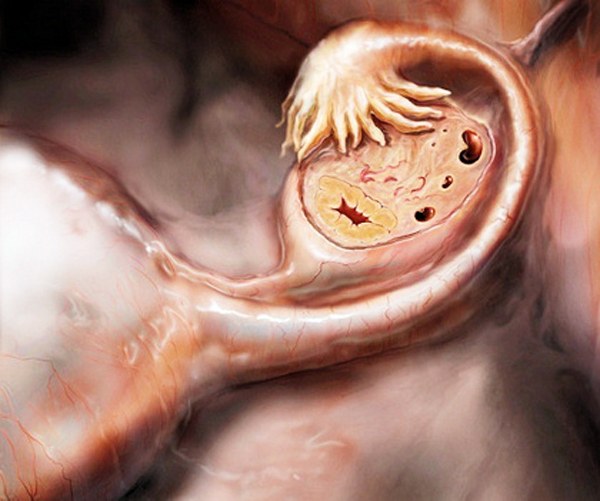 Related articles:
Ovarian enlargement may occur due to the simultaneous increase of more than 12 follicles, this condition was given the name "multifollicular ovaries. It is not a serious disease and requires no treatment. But the disease polycystic with immediately nature, requires the intervention, as is the main cause of infertility.

The causes of the disease

The causes of ovarian enlargement is not fully understood. Doctors believe that the reason can be stress, dramatic weight loss or, conversely, weight gain, hormonal contraception, adolescence, lactation, hormonal disorders.

Multifollicular ovaries observed on every 4th ultrasound, this is not a cause for concern, even with such a diagnosis a woman can get pregnant. But polycystic found only in 4-6% of cases, causing a thickening of the surface layer of the ovaries and preventing the release of an egg outside.

First and foremost, it is necessary to establish the menstrual cycle, and as practice shows, it is a problem most women have with excess weight. Therefore, assigned a low-calorie diet, which will help the body gradually reduce weight and normalize the monthly cycle. In addition, the reduced weight allows you to balance the amount of in the body of male and female hormones, if needed, your doctor may prescribe hormonal contraceptives.

As you know, a disease like diabetes can cause endocrine disturbances in the body, so people with this disease are often faced with a cystic or enlarged ovaries. In this case, it is advisable to schedule an appointment "Metformin" drug, which is capable of regulating the hormone insulin, responsible for ovarian enlargement. Due to the "Metformin increases the body's sensitivity to the hormone insulin, and normalization of its content in the blood will normalize and the production of other hormones.

Women with increased body hair, with the figure of the male type, with problems with hair, nails and skin prescribe a treatment antiandrogen drugs that reduce the effect of male hormones. If a woman wants to get pregnant but can't she spend stimulation of an ovulation drug "Clomiphene citrate", which is assigned from the 5th to the 9th day of the menstrual cycle, when preparing to release the egg from the largest dominant follicle.

Surgery is indicated only in the most extreme case, when conventional conservative treatment has not given results.
Is the advice useful?
See also
Подписывайтесь на наш канал