What is the width and height of a football goal

Football without the gate impossible. It football goals are the most important strategic point of the field, since the main aim of the game is clogging goals against the enemy. Options football goal height and width remain always unchanged. 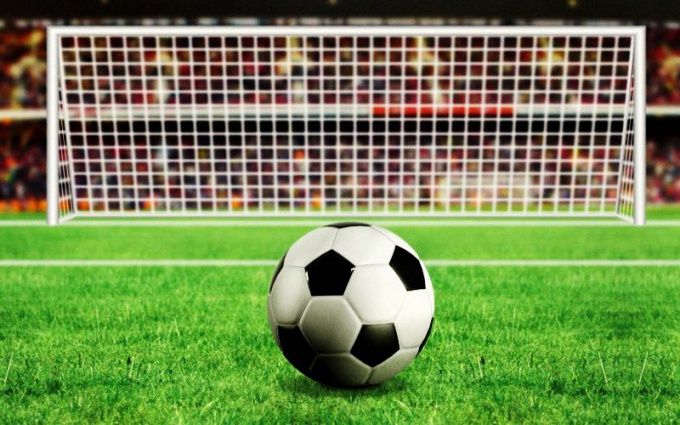 The main division of the gate

Conventionally, the soccer goal is divided into three rows of three squares, each of which is assigned a number from one to nine. The calculation of the squares starts with the bottom row so that the fourth square is located on the first, seventh over the second, and so on. The names associated with the markings on the shield for training, which is designed for practicing shots on goal.

Quadratic division football goal is purely a training goal – the players should score goals, trying to guide the ball in a specific area (the center or corners of the gate).

In all other situations, the numbering of the Central zone is absent in General, and football commentators often operate with such concepts as "punching under the bar" and "break top or bottom in the center." Side areas football goal is commonly called threes, sixes, nines – at the same time specify what kind of goal is it (right or left).

Football goals represent two uprights connected by a horizontal crossbar. The bar should be strictly metal – rope instead use is strictly prohibited. The gates themselves are placed in the center of each of the football goal lines, the distance between the posts is 7.32 meters, while the distance from the bottom of the crossbar to the ground shall not be more than of 2.44 meters. There are two types of football goal – stationary and portable.

The crossbar and uprights football goal should always be painted white – so the players could see where to score goals.

The cross-sectional diameter of the crossbar and uprights must be completely identical and may not exceed 12 inches. The line width of football goal needs to be equal to the diameter of the crossbar and the uprights. Securely the mesh is always attached to the ground and shot behind the goalie, making sure that it didn't bother him. The gates themselves also to be fastened on the ground, because otherwise the risk of traumatic and even fatal situations. In addition, they should be as stable as possible and weigh as little as possible – an ideal solution is the portable football goal made of aluminum, which is convenient to transport, move and install. Quality football goal manufacturers coated with a special anti-corrosion coating, which protects them from rust.
Is the advice useful?
See also
Подписывайтесь на наш канал