German rock band - one of the leaders of the world rock scene. Energetic music, catchy vocals, the special sound of the German language are the main reasons for their popularity in different countries. 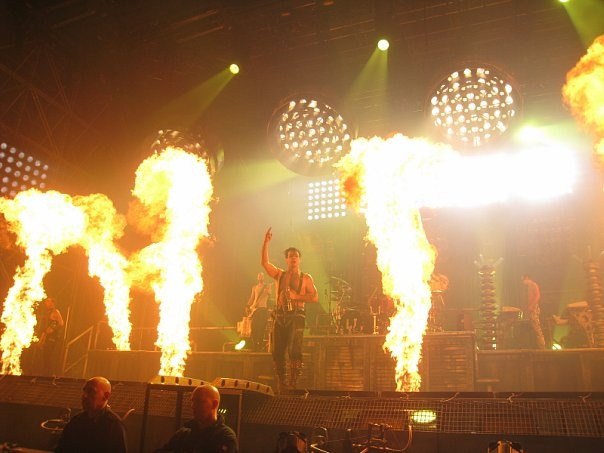 Millions of people around the world German rock music associated with the band Rammstein. The team was founded in 1994 and works in the tradition of German rock with elements of industrial metal. Great attention is paid to Rammstein shocking, which is manifested in everything: song lyrics, music videos and large-scale stage show.

In 2005 and 2010, the group received the award World Music Award, which the international Federation of the Phonographic (IFPI) awards for selling more than 10 million zvukosnimateli.

An exemplary one of the best albums Rammstein is considered to be "Mutter", released in 2001. The team conducted a tour in support of this album, seriously increasing army of fans.

Another world-famous rock band from Germany. Scorpions known to the older generation since the beginning of their work is dated 1965. The veterans of the rock scene is still not losing its popularity, holding concerts in different countries.

In the history of its existence, the Scorpions were able to sell about 150 million copies of their albums. In the first released disk drive ("Fly To The Rainbow") was a remarkable individual style, created by a team: powerful guitar riffs, combined with melodic vocals.

In 1980 he released the album "Animal Magnetism", which was somewhat different from the previous one: it is a very energetic, in the best traditions of hard rock. For many years this album remained a "visiting card" of the Scorpions.

Rock band, which began recording in 1989. Das Ich playing music, which can be attributed to several styles: industrial, darkwave, electro-goth. The group is remembered not trivial, even extremist poems, put on a rather gloomy music. Concerts Das Ich are conducted with extensive use of makeup, costumes and various decorations.

This team was formed in 1998 and works in the genres of industrial metal and medieval metal. Most of the works involved Tanzwut drums and electric guitar, as well as sophisticated bagpipes, which made the band members themselves.

The new wave of German rock. The band was created in 2001, but gained worldwide popularity. The group consists of young guys playing an outstanding and daring music.

Add that to the list of German rock bands would be complete without Oomph, Eisbrecher, Megaherz, In Extremo, Unheilig and Lacrimosa. These groups also left a bright trace in the music history.
Is the advice useful?
See also
Подписывайтесь на наш канал