When the child begins to hold his head

The development of newborns often cause concern to the young mothers, and in most cases the worries are them without a special reason. Parents want their child grew up faster, learned to sit, crawl, walk, talk. However, one should not rush things. All changes of the child are associated with certain stages of its development. The first thing is learning to do the little one is confident to keep your head. 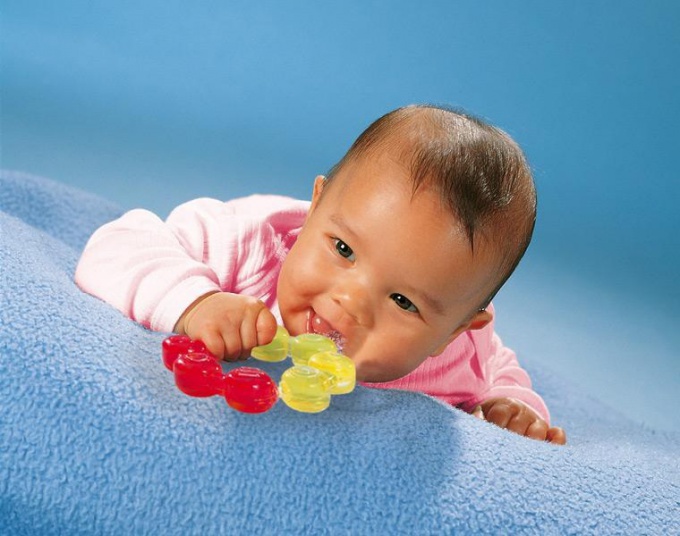 When children begin to hold their head

Development of a newborn baby can be divided into several stages. Experts recommend to put children on the tummy after they reach two weeks of age. Active kids are, as a rule, immediately trying to lift the head to look in front of him. In most cases, once in this position, the child can only turn the head in different directions. Such procedure should not exceed several minutes.

Closer to six weeks, the children become more strong. They are trying by all means to raise and hold the head, but it turns out to do so only for a few seconds.

At six weeks of age to keep your head in front of him, lying on his stomach, it turns out most children. Kids can even turn the neck to explore the surroundings.

Full to keep mind children begin to three months. Please note that the concept of "keep your head" refers not only to the procedure laid out on his tummy, but also means that the child should feel confident, if you hold it in your hands in a vertical position.

If the neck is stronger before the age of three, this indicates an earlier development. However, a special strain immature spine and neck muscles is not worth it. At an early age they can be easily damaged, which will harm the child's health. If baby turned three months, but to keep your head he never learned – always consult to the doctor.

The main thing you need to understand every young mother not to rush things. Don't forget that there are certain rules of development to be rushed or should not be disregarded in any case.

To the gym the baby should be accustomed from a very early age. With six weeks it is recommended to do with a child exercises that will help him to strengthen his neck muscles. They are very simple, but caution mothers need to exercise maximum.

Put the baby on his back and let him grasp your thumbs on the hands. As soon as you feel that the kid is confident in his abilities, slightly pull it by the handles. The torso should be lifted above the surface on which it lies, is not more than 2-3 cm In such moments, the child tries to stretch the neck muscles to hold his head up. At the age of three months toddlers are confidently keeping the head level with the torso.

Please note that in any case not during exercise to raise a child handle sharp movements, not trying to land, and at the slightest sign of discontent, it is better to defer training for a more successful period.

The child can learn to keep your head without your help. Infants, generally exploring my body and his abilities, turning over on his tummy, flanks, trying to sit up. Your task is to help your child and monitor his safety.
Is the advice useful?
See also
Присоединяйтесь к нам
New advices