At what age do boys have penis

Often parents are puzzled such a delicate issue as the disclosure of the glans penis in boys. And if fathers are usually more or less aware of this issue, some mothers may fall into confusion. Meanwhile, it is important to know at what age should occur in this process, if necessary, to promptly see a doctor and to prevent the emergence of serious illnesses in children. 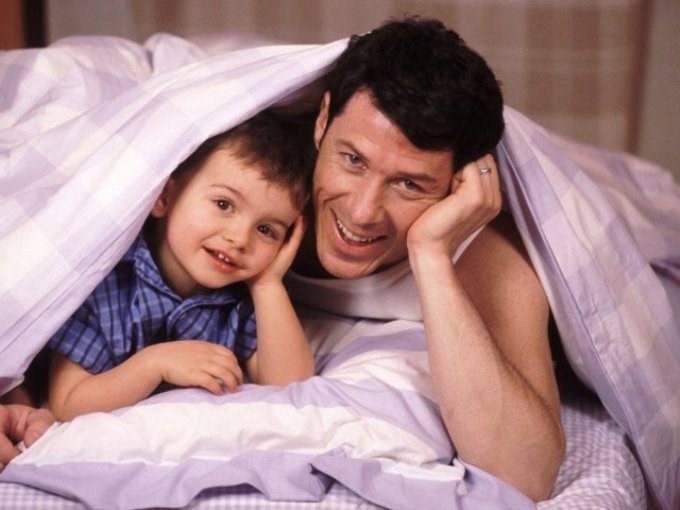 How to open the head of the penis in boys?

From birth, boys have skin of the foreskin is normally adherent to the head of the penis with adhesions is a special gentle spikes. The latter does not allow to open the head completely, or exclude its free excretion.

This anatomical structure is called the "physiological phimosis". In contrast to the pathological, it is temporary and considered normal for boys of an early age. Then, in the process of puberty, the growth of the penis, the foreskin gradually separates from the head, resulting in opening.

When you open penis in boys?

If to talk about at what age boys opened head of the penis, it should be noted that it depends on various factors. One of them is the individual pace of child development. From this we can conclude that there are no simple rules regarding age.

As shown by medical observations, only 4% of babies the foreskin of the penis is mobile enough to allow removing the head. About 20% of boys occurs at 6 months of age. And for 3-4 years at 90% of the children of the stronger sex the foreskin freely moves, allowing you to seamlessly and fully open the head of the penis.

How to open the head of the penis in boys?

If your child complains of nothing, quietly urinating and his penis is not sore and not red, you should not take any action. And especially do not open the head of the penis forcibly. In this part of the body has many nerve endings, and all manipulations in this area is quite painful. Unsuccessful attempts of the parents to open up the head alone can lead to paraphimosis, which will require surgery.

All you need to do is just monitor the hygiene of sexual organ of the child. The cavity of the foreskin when bathing in a natural way washed. In addition, the scrotum and penis should be washed children with soap at least 1 times a week, in any case without opening the crown member. You also need to remember that every time you change the diaper or bowel movements of a baby to wash away in the direction of strictly front to back.

What to do when pathological phimosis

Some boys may appear pathological phimosis. This disease needs to be treated. Otherwise, in the future it could lead to the fact that in the process of erection, the boy will experience pain, and tears. If you do not take the necessary actions prior to sexual activity, a sexual act is much labored or even impossible.

In special cases required surgical intervention. Indications for surgery are:
- frequent inflammation of the penis head and foreskin;
- significant changes of the foreskin due to the presence of scars;
- various irregularities in the process of urination, including painful.

In modern medicine uses various methods of surgical intervention. The most common is a circular excision of the prepuce. This operation is performed under General anesthesia. This method gives the possibility to permanently eliminating the morphological substrate of phimosis.
Is the advice useful?
See also
Подписывайтесь на наш канал