What to do if ear wax build-up

Each person on the walls of the ear canal is a certain amount of a viscous yellow-brown substance is ear wax. This substance is designed to clean and lubricate the ear canal and is a natural barrier to pathogens. However, if excess ear wax is to put pressure on the eardrum, there will be wax build-up, followed by a feeling of deafness, ringing in the ears, nausea, dizziness. What to do in this case? 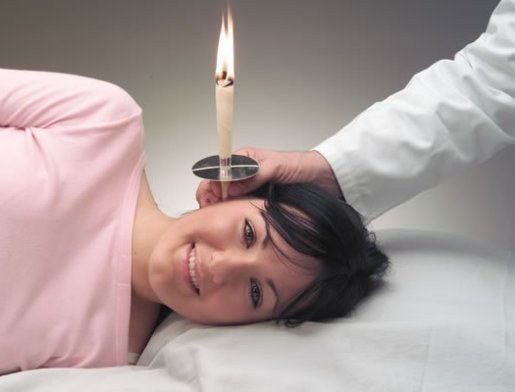 For some reasons, you may cerumen

Usually earwax along with dirt deposited on its surface, is expelled naturally. However, some people have sulfur glands in the ear openings can operate too aggressively. Then, sulfur gradually accumulates, blocking the ear canal.

Cerumen impaction can occur if water in the ear, for example, during bathing. Water softens the sulfur on the walls of the auditory canal, and then the sulfur can migrate to the eardrum.

Very often sulfur jams occur due to the use of cotton swabs to clean the ear. Indeed, the tool is designed to remove excess earwax, contributes to the formation of cerumen! The fact that regular cleaning of the ear canal with cotton swabs violates the natural mechanism of self-purification, and also displaces some amount of sulfur to the eardrum. The result is a tube.

How to get rid of cerumen

It is best to contact the medical facility to the ENT doctor. The procedure of getting rid of the cerumen consists of washing the auditory canal with warm fluid with a large special syringe.

If you do not have time or opportunity to go to the doctor, this procedure can be done at home. Instead use a rubber syringe enema with a capacity of 200-300 ml. Lavage should be carried out on any large capacity (e.g., basin) or over the sink.

In some sources it is recommended to rinse the ear canal with hydrogen peroxide. But this should not be done! The peroxide is soluble in sulfuric stopper, but it can burn your eardrum.

Fill a rubber enema with warm water. Stand over the container, tilt your head to the patient's ear down with one hand, pull the ear up and back. Then, gently insert the enema tip into the ear canal (loosely, leaving a gap) and let a jet of water into the ear. Repeat this process up until the blockage doesn't come out.

If the tube is very stiff and not washing, drip into the ear a little warm vegetable oil, and a few hours repeat the process. Can also be purchased at the pharmacy special ear drops to dissolve cerumen or fitoveta. But you must use them after consultation with a physician, because they have contraindications.
Is the advice useful?
See also
Присоединяйтесь к нам
New advices