What does the Interpol

Interpol is the world's largest international police organization, which brings together 190 countries.
Not so long ago, the organization celebrated a century of existence, it still remains one of the most powerful, consolidated forces in the fight against organized crime. 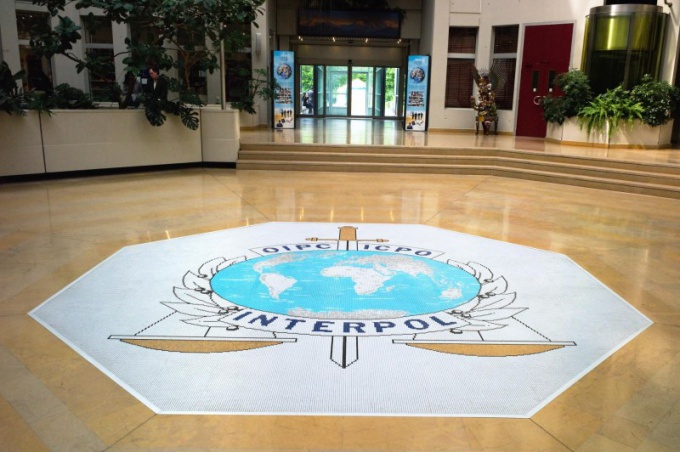 Related articles:
The official name of "international criminal police organization - Interpol, was established by Charter in 1956, which is still in effect. A wide range of activities Interpol is not much known. Despite the presence of the official website and several departmental publications, the organization strives for transparency and is not often tells about their victories in the fight against organized transnational crime.

"Our role, - says the official statement of the Interpol is to unite and mobilize the police around the world to work together to make the world safe. Our high-tech infrastructure of technical and operational support helps meet the growing needs of official agencies in the fight against crime of the 21st century".

Interpol deals with international criminals, opposes organized crime, human trafficking and drug trafficking, terrorism, as well as fighting economic crime, cybercrime, child pornography and the organization of the "dens" and other illegal acts.

Interpol not fundamentally deals with issues relating to the internal policies of States, as well as crimes that relate to political offences, which infringe on the sovereignty of countries. He does not interfere in military matters. Not engaged in Ministry and religious strife, delves into ethnic conflicts.

The criminals on this planet are not so much likely to abscond – from 260 190 countries included in the Interpol. This is the second in the number of members of the international intergovernmental organization after the United Nations. Each participating country has its own National Central territorial Bureau of Interpol. In the Russian Federation, this body was created in 1991 under the Ministry of internal Affairs.

Today its task, the organization decides, under the leadership of the first in its history a woman President Mireille Balestrazzi, which elected to the post in 2012 and will take him to 2016 when the next elections will be held in the General Assembly – the Supreme governing body of Interpol. Mireille Balestrazzi is French, and the head of the Secretariat, which deals with the solution of current issues – American Ronald noble, occupying this post for the third time.

The Executive Committee of Interpol performs the function of a deliberative body with the elements of coordination. This body prepares the work programme of the Agency.

Several years ago the Department introduced a new Department, which now has offices in every Bureau is a Department on work with the population. Staff – most of whom teachers and psychologists – are active in educational work, and organized propaganda law-abiding behavior. Running even a children's site that talks about police work and the importance of her mission.
Is the advice useful?
See also
Подписывайтесь на наш канал