How long is the quarantine after chickenpox

Chickenpox is one of the very common diseases among kids. However, in some cases occurs in adulthood. The disease is highly contagious, and therefore requires mandatory compliance with quarantine requirements. 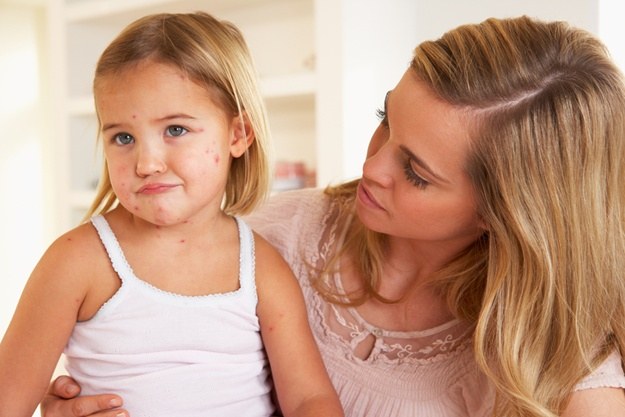 General information about the disease

Most often suffer chickenpox once in a lifetime. After recovery, the body creates immunity to the disease, and subsequent attacks by the pathogen of chickenpox, successfully fights with him. Interestingly, the kids tolerate this infection much faster and easier than adults.

Become infected with chickenpox usually in places where a large number of people: schools, kindergartens, playgrounds, as in the case of a single disease the virus is spreading very fast and leads to mass infection. Therefore, institutions always close to the quarantine, if one of the visiting children got sick before the disease.

The virus chicken pox very bad persistent in the environment.


The symptoms of chickenpox

The first sign of the disease is a sharp increase in body temperature. It reaches 38-40 degrees. While sick complains of a headache. After some time the skin rash appears as small blisters filled with fluid. This rash causes discomfort while primary disease — it itches, itches.

After some time, the bubbles begin to burst, forming small ulcers on the surface of the whole body. For disinfection and drying they were treated with a solution of brilliant green, and sometimes of potassium permanganate. The next step in the healing of wounds — coating their crust, which in any case can not knock over, or in place of the sores in the future will leave a scar. Chickenpox can be cured at home.

Quarantine with the chicken pox

Cases of chickenpox becomes contagious to others is 2 days before appearance of lesions on the skin and mucous membranes. After the appearance of the bubbles can infect others continues for another 7 days. The rest of the time the disease does not cause danger to persons near the patient.

The incubation period of this disease is 7 to 21 days. During this time the virus with the blood and the lymph is carried throughout the body, gradually gets into the skin and then leads to the appearance of the rash.

If after three weeks after exposure the child has not appeared the main symptoms of chickenpox, it means that he will not get sick.
Is the advice useful?
See also
Присоединяйтесь к нам
New advices