In 1987, Volzhsky automobile factory has pleased motorists of the new model, called VAZ 2109. This iconic car, according to many drivers is the best car of those that ever were produced by AVTOVAZ. Although its shortcomings have "nine" also had. 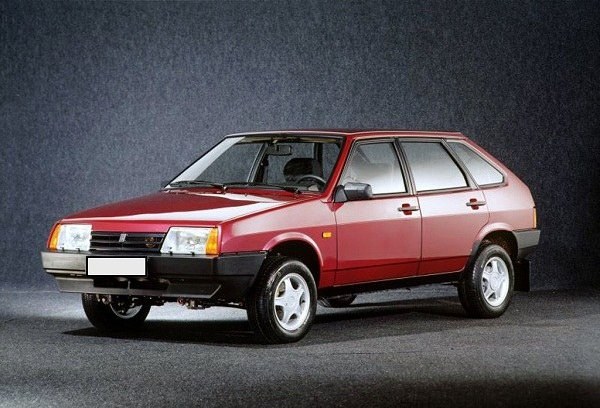 Related articles:
Model 2109 has had a few modifications. The first "nine" was equipped with petrol engines volume of 1.3 L. it was Further released versions more common is the VAZ 21093 and VAZ 21093i. These models were equipped with a more powerful engine with a volume of 1.5 L. And VAZ 21093i was even with a fuel-injected engine.


The advantages of "nine"

Most of the owners of VAZ 2109 was considered a great, which is weird because its length is 4 meter, width 1.6 m, height 1.4 meters, and it weighs 945 kg. But not referring to its size, and its wide door through which was very comfortable to sit in the lounge. All doors of the car were really impressive size. And in the trunk you could put different loads that would not fit in the trunk of the usual "Lada".

Front and rear suspension of the car was very successful. Many drivers complain about the quality of local roads, and 2109 were comfortable for roads of low quality. Thanks to these suspensions, the driver and passengers "the nine" felt less jolts and bumps.

2109 equipped with front independent suspension, while the rear was semi-independent with transverse beam.

The lightness of this car, of course, affect the speed. And fans of fast driving rapidly dissected on "the nines." It is clear that to date, this model cannot compete with a modern car, but at that time it was considered quite fast and dynamic.

Model VAZ 2109 with the start of output of the production line in 1987 was equipped with vosmiklapanny engine, which in those days was normal. But "nine" of the 21st century was also vosmiklapanny, although many cars are equipped shestnadcatiletnim engine. Shestnadtsatiletnij the engine exceeds: maximum power, maximum speed and maximum torque. So "nine" began to lag in the literal sense.

It is also worth noting that the results of crash tests in 2002 2109 scored 2.6 points out of 16 for frontal impact and 0-for-4 for the safety. What he says about the unreliability of the car in case of an accident.

Despite the drawbacks, the car was extremely popular. However, in 2004, production at AVTOVAZ over. And "nine" started to produce in Zaporozhye (Ukraine) for the AvtoZAZ. And in 2011 2109 completely become history. Its production stopped, which disappointed many fans of the model.
Is the advice useful?
See also
Подписывайтесь на наш канал