What kind of oil is better to pour into VAZ 2109

The quality of the oil filled in the vehicle system, depends directly on the duration of its operation. However, buying a product, even from a known brand, you need to know and technical characteristics of the oil. 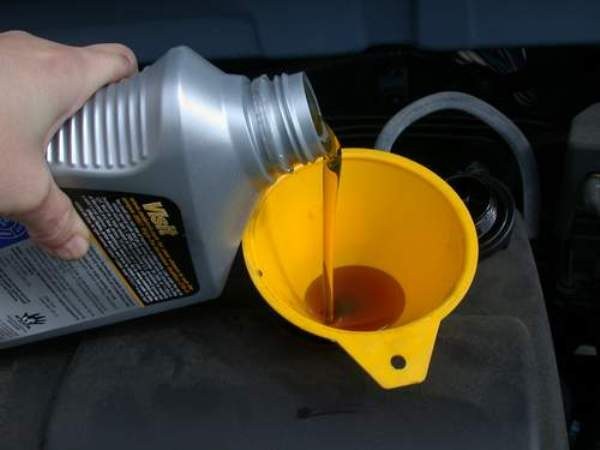 Choosing a suitable lubricant for VAZ 2109, you should primarily focus on the recommendations of the manufacturer. Today the market offers three main types of lubricant. The first type is mineral oil, which refers to the budget option. Such material is produced during oil refining and further refining. "Mineral water" in the vast majority of cases is used on older vehicles or with high mileage, over 100,000 miles), with worn out engines.

"Synthetic" owes its existence to the chemical synthesis of molecular compounds. This oil has a high vaporization temperature. Such as allows you to save all the operating parameters of the lubricant, at high engine loads.

Among the oils there is an intermediate option – polysynthetic. It's oil with synthetic and mineral components. Making a choice in favor of one or another type of oil, it is necessary to consider that in synthetics and polysynthetic there are different supplements that can damage some engine components on older cars. This is because the previously used material, possessing low resistance to high chemical activity, which have modern oil.

How to choose lubricant for VAZ 2109

After you have chosen the type of lubricant necessary to determine the viscosity of oil, the value of which can be understood from the alphanumeric code on the packaging. For example, 10W-40. The first number shows the viscosity of the material at subzero temperatures. The smaller it is, the lower the viscosity, so the cold engine easier to start. The second number indicates the viscosity at high temperature. What number is higher, the higher the viscosity with increasing engine load. If the oil is too thin, it will not be able to form a protective film on surfaces of engine, which will lead to its rapid wear.

If in your region the temperature drops below minus 10 ° C, then buy the brand of oil where the front is "0" (for example 0W-50) makes no sense, for example, 10W-40. I.e., for winter operation it is desirable to use the oil in the designation of which the first figure 5-10. More fluid lubricant with the first digit "0" will be needed if you have harsh climate and are constantly in winter, minus 30 and below.

The second important thing that you need to consider when buying oil, driving style. If you prefer to go quickly and sharply, i.e. with high engine loads, it is preferable to buy oil, having high viscosity at high temperature: 10W-50, 5W-50 or even 0W-50. If riding style is moderate, you can stay in the marches, where the second number 40.
Is the advice useful?
See also
Присоединяйтесь к нам
New advices