What are superstitions about spiders

Do you believe in omens? Now they belong to superstition, but in Russia was an integral part of life. Often objects will become people, animals and even insects. 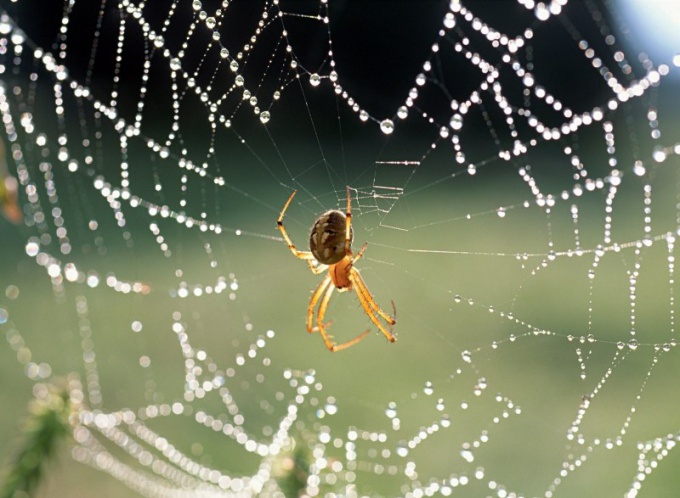 Related articles:
Spiders are not everybody likes, but we have to admit – they are part of the ecosystems in which humans exist. These insects as a habitat choose not only the forest or other wildlife, but also homes and apartments. What to do or not to do, if in the house you find a spider?

Superstitions about spiders in the house

The vast majority of legends says: a similar insect living in the house brings favorable news. In ancient times, firmly believed that the spider is a symbol of happiness and prosperity for the household. Special luck is considered to meet the insect after lunch.


Some other interpretations to see a spider in the house – to soon any news. While equally important are actions in the object description. If the insect down on the "thread" – wait for the bad news, if it immediately rises up happy.


When a spider in the room, sitting on the web, you can even make a wish and then watch what he will do. Crawl down – everything will come true, up – alas, not this time.


If the spider suddenly fall on your head – do not worry, because this is a proven sign signifying the receipt of an unexpected inheritance or a big profit from an unexpected quarter.


In any situation where you met at his house a small harmless spider, don't kill him – asking for signs. If such a neighborhood categorically does not suit you, carefully put the insect on the scoop or a sheet of paper and take it to the street. Otherwise, the luck will turn away from you.

Superstitions about spiders in nature

Using these Vasilij creatures our ancestors predicted by different natural phenomena and often do it very accurately. To our days such beliefs also came in the form of a will.


For example, if being out of town, you find that after the rain the spider began to actively weave a web, you know – bad weather has receded, and ahead of the warm season.


When the spider hides in the corner of the web is a sure harbinger of bad weather.


If the spring flies over a field a lot of silver cobwebs – summer will be hot. If such a phenomenon occurs in the fall, it also heralds the warmer weather.


To believe superstitions or not – the choice of each individual. But don't forget: it is from this often depends on their effectiveness. It's not for nothing they say – "you will be rewarded for your faith".
Is the advice useful?
See also
Присоединяйтесь к нам
New advices