The most famous authors of the bard songs

Bard song is one of the most interesting musical phenomena of the USSR and Russia. Its distinctive features - this is the dominant meaning of the text, not music, special spoken performance style and guitar accompaniment. 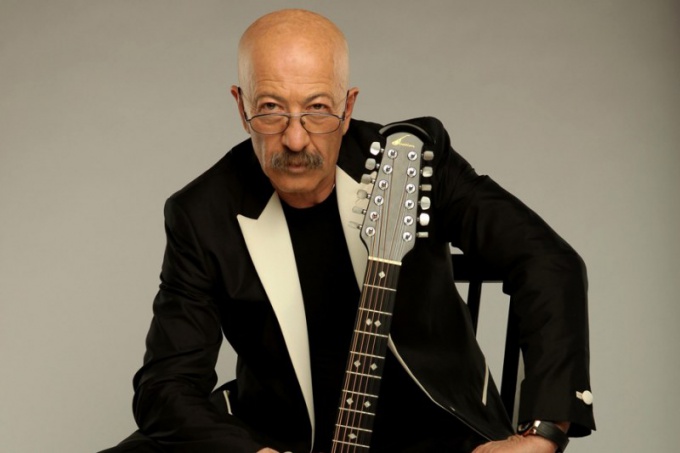 The name of Bulat Okudzhava firmly established in the list of the most famous bards. He was the founder of this style in the Soviet Union. While the official Estrada sang a cheerful and positive songs, Okudzhava created profound works about the meaning of life, hopes and unfulfilled dreams. Each song is a subtle and heartfelt text where the music is just accompaniment. Many of the songs of Okudzhava - "good-bye, boys," "And you, brother, from the infantry", "Your honor, lady Luck" - moved into the category of folk. His compositions are in popular Soviet films 1950-1980-ies.

Alexander Rosenbaum - a doctor and a poet

Despite the fact that Rosenbaum has a medical background with a doctor's work related only to his early works. His Mature bard lyric covers topics of civic duty, the fate of Russia, philosophical questions. Some songs are imbued with Gypsy motifs. A great reservoir of creativity addresses the topic of post-revolutionary Russia. A special place in the lyrics Rosenbaum is the theme of war - the great Patriotic war and the Afghan. Rosenbaum takes his works to the seven-string guitar, but the concerts often performs solo on twelve-string guitars instrument.


Unlike many other bards, Rosenbaum was officially recognized in the USSR.

Vysotsky was a successful actor, poet and writer. However, most people know him as a performer of art songs. Although Vysotsky himself did not like when his work was considered to be the bard, many of his motives are similar. As well as bards, Vysotsky paid great attention to text, not music. In his works there are songs about war, love poems, satirical verses and acute social topics. An interesting phenomenon was the song-dialogues, where Vysotsky sings in different voices portraying different characters.


In honor of Vysotsky named more than 170 urban sites.

Yuri Vizbor, as Bulat Okudzhava, is at the origin of an author's song. On creativity Vizbor affected his rich life experience - he worked as a journalist, played in the theater, mountaineering and football, went to the flying club. His first singing work Vizbor wrote as a student of the Moscow pedagogical Institute. Later, he became the author of the anthem of the Moscow state pedagogical Institute. The first song Vizbora spread informally, but since the 1960s his work becomes popular. Vizbor was the founder of the genre of the song story. These works were published in the journal "Horizon".
Is the advice useful?
Подписывайтесь на наш канал