What happens during a miscarriage

At the first signs of miscarriage is necessary to call an ambulance until the arrival of the doctor to be lying down. Attach to the belly warmer and the ice should not be, otherwise the uterus will begin to shrink more, and the bleeding will intensify. In the hospital the woman will be assigned a hemostatic, analgesic, sedative drugs and money, relaxing the myometrium of the uterus. 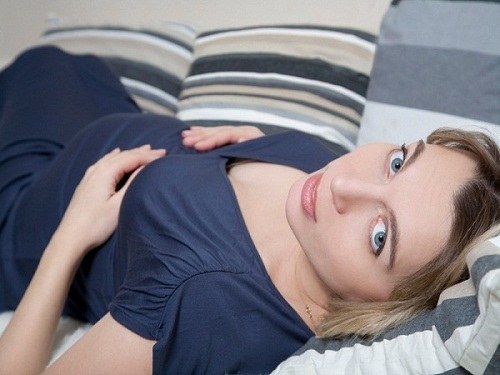 What is a miscarriage?

A miscarriage is a spontaneous abortion in early pregnancy (before 12 weeks). A single pathological episode can be a random occurrence, but if multiple consecutive pregnancies ended in miscarriages, we are talking about this gynecological deviation as a miscarriage.

Cause chronic nevynashivanii may be weakness of the cervix, became a consequence of previous abortions. This problem is solved by applying to the cervix a circular suture, which is removed 3-4 weeks before delivery.


Why can a miscarriage occur in apparently healthy women?

The main reasons are as follows:
- bad habits;
- infectious diseases;
hormonal imbalance in the body is pregnant;
- rhesus conflict;
is a genetic anomaly;
- frequent stress and anxiety.

Is it possible to determine a miscarriage?

The first warning signals regardless of the course of pregnancy are a light dragging pain in the abdomen. In the future, they become colicky and accompanied by a plentiful amount of discharge, indicating the detachment of the ovum.

After his death and full detachment of women can be severe pain and bleeding. Left part of the fetus in the uterus, the woman can not know.

If the miscarriage happened at home and not in hospital "support", you must immediately contact the gynecologist for examination and passing an ultrasound. According to his results, and you can see if the procedures for the purification of the uterus.

After a miscarriage immediately to schedule a repeat pregnancy should not be. The interval between the miscarriage and the new conception must be at least 6 months, otherwise the woman may suffer the same fate.

What is a failed abortion?

To happen miscarriage in different ways – like with bright symptoms, and in their absence. Pregnant woman suspects that the fetus inside of her froze, she only complains about the deterioration of General health or to notice the disappearance of the characteristic signs of pregnancy – nausea in the morning, lack of appetite, etc.

If the fading pregnancy had a period in which there were fetal movements, they stop. On examination, the gynecologist when listening to the heartbeat detects its absence.

After a visit to an ultrasound confirmed fetal death, the woman is getting an abortion and stop the bleeding. Then she offered to do a special analysis on the latent infections that could affect such an adverse pregnancy outcome.

If the results of the analysis confirmed the presence of any disease, the examination must go through the husband. The appropriate treatment is prescribed to both spouses.
Is the advice useful?
See also
Присоединяйтесь к нам
New advices