When the child begins to laugh

Children start to laugh at an early age, expressing in this way their positive emotions. There are many opinions about what age a child must normally be to start laughing. 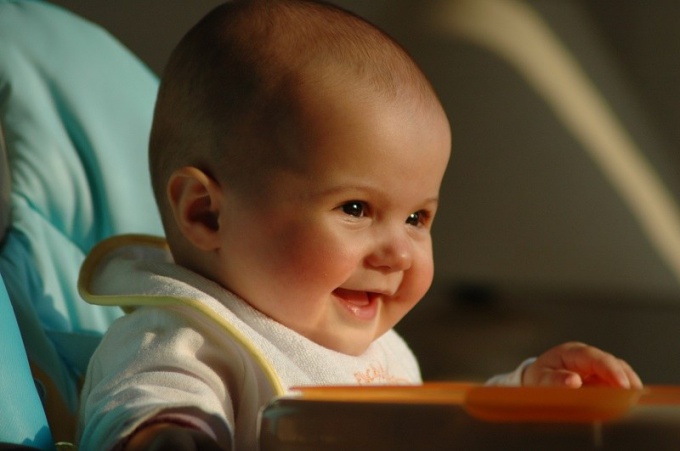 Related articles:
Most sources believe that the children begin to laugh between the third and fifth month. Positive emotions cause this reaction, while the child is well aware of the source of these emotions. The child may be frightened at first his laughter, but as soon as he will understand that he is the source of this strange sound, the process can not be stopped. Every day he will laugh more and more confident.

It is important in early childhood to develop a child's sense of humor, starting with the most simple things.

Babies can smile from birth, but scientists believe it is reflex and unconscious reaction to meeting important needs for warmth, affection and food. Such a smile is called spontaneous, or endogenous gastric smile. This smile appears on the baby's face during NAPs, it is often accompanied by a chaotic movement of the eyeballs. Endogenous smile can cause, stroking the baby's cheeks or lips.


The first conscious expression of positive emotions appear about the second month of life. Usually these are called gentle touches, cooing voice or a weasel. This is a deliberate smile appearing on the face of the child in response to the care and tenderness, causes a storm of emotions among parents. Such a smile is called exogenous, because the cause is external.

Many parent forums you can find information about children who know how to laugh from birth. Most often in such situations, parents are just wishful thinking.

Most babies begin to laugh and laugh and laugh for about four months. It is very important to maintain and develop the first attempts to have fun and laugh. Very young children fun, simple games and fun. You can play hide and seek with them - closing their eyes or children's hands, saying "ku-ku", shake their knees with amusing sayings type "travelled in the forest for nuts" or "bumps on bumps".


Definitely need to interact with the child – a variety of faces, tickling, tossing cause most children have a positive reaction. Very young children can amuse unfamiliar long words. Their repetition of a small child in itself is pretty funny. By the way, children often begin to laugh after adults, so it is very important to set a good example.


From about four months to a year, the children responding with laughter to external stimuli. Closer to a year they start to laugh incorrectly worn or used items, such as a frying pan or a pot used instead of a cap. After years children begin to enjoy and their actions. For example, they amuse themselves invented words or imitation of kin.
Is the advice useful?
See also
Присоединяйтесь к нам
New advices