How to use ginger

Ginger can be used fresh, pickled, dried, candied. It will be useful if you use it in small amounts. Ginger is a spice, so his role is to be a food Supplement. However, some contraindications for using ginger are available. 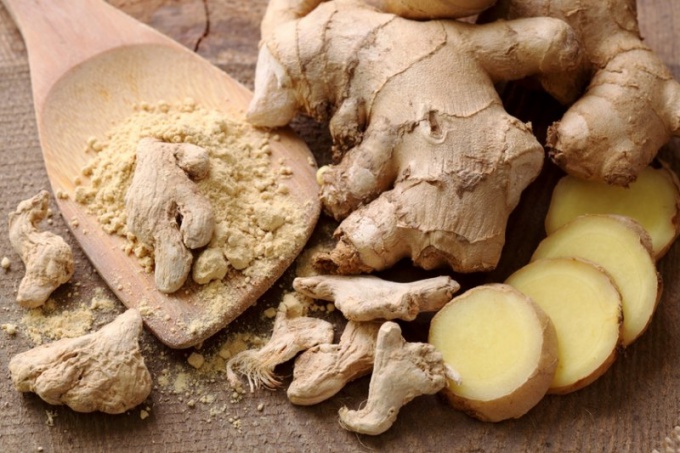 Related articles:
Ginger has become a familiar product for Russians. It is used in natural, pickled, dried, candied. Sometimes the question arises, what ginger is better how to use it correctly.

The ginger, or rather, its rhizome has long been used as a spice and medicinal plants. What ginger did drink – sbiten. Baked gingerbread with ginger. They are, in fact, because the gingerbread, spicy.

Tradition added to food spices came from the southern countries. Now different national cuisines have become more accessible to people worldwide, regardless of country of residence. Ginger is one such spice which has a fairly wide range of applications: from appetizers and main dishes to desserts.

In Japan, a very popular pickled ginger. Always served with sushi. Lovely ginger taste and aroma can decorate other dishes. Ginger powder is added while cooking meat. And you can, for example, add ginger to salads. In this case, the suitable pickled ginger and fresh in netherton or finely chopped.

The taste of pickled ginger is softer than that of fresh rhizomes. However, the beneficial properties remain intact with proper preparation and storage.

On the basis of fresh ginger to prepare a tea, which will be particularly useful for colds. If you cut the root a few albums, fill them with boiling water, then after a few minutes the tea is ready to drink.

Good tea is obtained by addition of dry ginger. Dry ginger is very easy, just chop the root and leave it on the plate. When brewed, dried ginger felt stronger flavor of the spice.

Candied ginger can be found in some stores. It costs dearly, but it is a delicacy which is eaten little by little.

The pros and cons of the use of ginger in food

In Japan it is believed that ginger has absolutely miraculous properties that it makes a person more decisive saves from fear and relieve tension. In fact, ginger tea helps to calm down after a busy day, relax and rejuvenate.

The fact that ginger is rich in beneficial trace elements, vitamins, amino acids. In addition, ginger is a low-calorie product. Ginger improves blood circulation, it accelerates the metabolic processes. That is why it is recommended for diets for weight loss.

Good ginger tea and colds. It warms the body, body temperature rises slightly. Therefore, at high temperatures, the ginger is better not to take.

There are several contraindications for application of ginger. Since it also thins the blood, it is not necessary to use ginger along with the drugs aspirin. Also you can't eat ginger before surgery. It is believed that cholelithiasis should be done with care to treat the dishes with ginger.

However, it is unlikely that the ginger much harm if you take it gradually. But its spicy, sometimes pungent taste hardly has to have it immensely. And three or four thin plastic ginger only decorate the atmosphere of any dinner or tea party.
Is the advice useful?
Присоединяйтесь к нам
New advices