How many positions in the Kama Sutra

The Kama Sutra is an ancient Indian treatise on the art of love. However, today most people believe the Kama Sutra something of a collection of poses for sex. 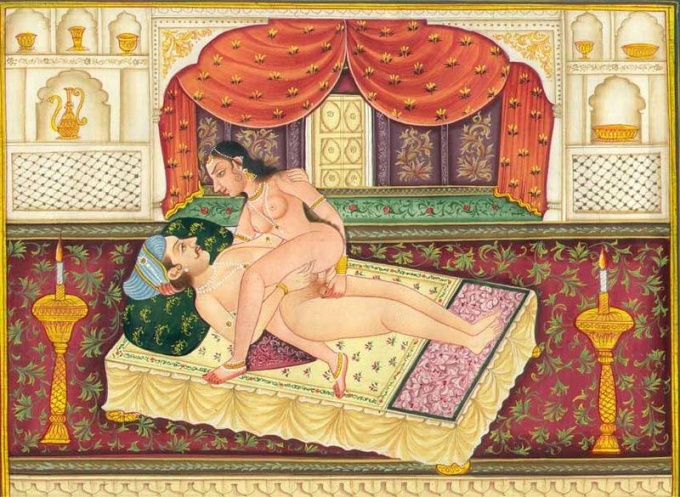 What is the Kama Sutra

The word "Kama Sutra" consists of two parts: a "Kama" - the sphere of emotions, sensuality and "Sutra" - the instruction, the body of knowledge, teaching. Thus, the Kama Sutra is, in fact, a textbook on the art of expressing emotions, love and sex.

The author of the Kama Sutra was an Indian philosopher Vatsyayana Mallanaga. By the way, the full title of the treatise sounds like "by Vātsyāyana Kama Sutra", that is, "instruction on the cameo written Vatsyayanas". Himself the philosopher lived about 3-4 centuries ad.

Today the Kama Sutra is still the most famous and one of the most comprehensive guides to sexual practices.

The treatise is a literary and historical document, which gives information about existing in India, customs and practices, and not only the sexual but also social and household.

Only the Kama Sutra into seven sections, 49 parts and 64 chapters. In fact, the actual sexual positions dedicated to only one partition – the second – "About a love connection." According to the author, there are eight ways of having sex, at eight positions in each – a total of 64 "arts", or positions. Some of them quite complex in execution.

Sexual practices received approximately one-fifth of the entire treatise. In fact, about positions tell only three chapters. It is this part of the most famous in popular culture. It is most often translated into different languages, in print, richly illustrated, and many believe that it is the whole book. It's difficult to say how many there are today "modernized" versions of the Kama Sutra, and many of them are already very far from the original.

Vātsyāyana believed that in and of itself there is nothing wrong with sex, it is a kind of "Divine unity", but to have sex lightly, in the author's opinion, should not be, it's sinful.

The remaining sections (i.e. the majority of the book) talk about how to behave to be a good citizen, presented the author's reasoning about the relationship between men and women.

The numbering of chapters in the Kama Sutra

The first section tells of love, what place it occupies in human life. The second – the already mentioned "About a love connection." Besides the positions, the report details different types of kisses, caresses and variations of sexual behavior (including unusual forms of sex). The third Chapter talks about the courtship of a girl and wedding traditions. The fourth contains instructions for married women. Other chapters tell about the deception, about courtesans and how to charm people, how to recover libido.
Is the advice useful?
See also
Подписывайтесь на наш канал