Which is better: iron or steam generator?

Any appliance store offers a huge selection of irons. Which one to choose will depend on how often and how much you have to iron. There are pros and cons of both conventional irons and steam generator irons. 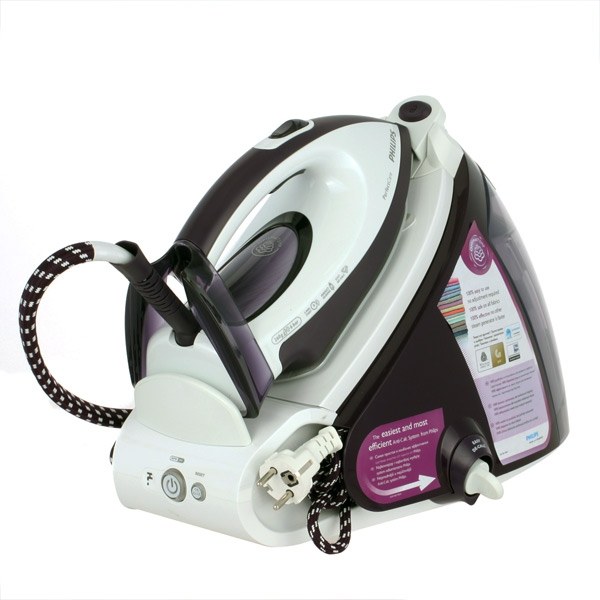 Related articles:
Over the past several decades, this household appliance, such as iron strongly evolve. Been released irons with no steam function. Now you can choose iron of the desired shape, with a sole made of a certain material, with more or less power, etc.. a Variety of irons in any hardware store is quite large, not small and price range from cheap irons with low to iron with steam generator. What choice to make?

Iron with a steam function

Iron with a steam function available, probably in every home. No matter how simplified the life of modern Housewives washing machine and the use of air conditioning, dryer, Ironing anyway.

Iron is selected based on several parameters.

First, it is necessary to pay attention to the capacity of the device. Usually, this 1500-2500W. The more powerful the iron, the faster it heats up. But there is a flip side of the coin – the more power, the more consumption of electricity. For home you should choose iron with average power.

Secondly, you need to decide which iron would be most appropriate. If you have to iron lots of children's clothes and things with small items, it is best to choose an iron with a narrow spout. If utitsa usually something big, then fit the iron with a more rounded front part.

In addition, the sole can be made of stainless steel, aluminum or sintered metal. Steel iron is a bit slower to heat up and cool down. Aluminium will provide a lighter weight iron. Ceramic coating is considered the most modern, but it is, however, quite fragile.

It is certainly important to look at other things. For example, what iron water tank, is there a drip system to keep the water out of the iron when it is not needed.

Some irons are equipped with fire protection. It is very convenient – the iron shuts off itself if not used for several minutes.

Another important detail is the size of the iron cord. If the hostess is not possible to put the Ironing Board near an electrical outlet, the cord of the iron needs to be long enough.

It would be better to say – an iron with steam generator, since this appliance consists of two interconnected devices: from the steam generator and iron.

Compared to conventional irons, this unit looks more bulky. But it also has lots of advantages.

First and foremost is the quality of Ironing. With the help of steam can be fed under pressure, and this means that the quality of the iron can be several layers of linen. And razorujaemsa fabric much better. This, of course, makes it possible to reduce Ironing time.

Irons with steam generators are required to have in clothing stores and sewing Studio. There is no such a device can not do.

Iron with a steam generator to iron as in the horizontal direction and vertical. This is useful if you need to resaturate, for example, hanging curtains, suit or outerwear.

In addition, some generators have the function of paracide. To this end, the device attached additional attachments.

It is hardly possible to answer this question unequivocally. Each person will make a choice on their own, after weighing all the "pros" and "cons" due to their needs and possibilities. Some rely on the feedback of loved ones, while others prefer a certain manufacturer.

But no matter what stamp you stop, "Tefal", "Philips" or some other, the average iron with a steam generator would cost three times more expensive than a conventional iron.

Iron takes up very little space, and in order to supply the steam generator will have to allocate a special place in the closet.

Finally, the volume of linen that needs to be futurity, every family your. If you have to iron a little, it is possible to do with iron. If the family is large, then iron with progeneration will be a good helper on the farm.
Is the advice useful?
Присоединяйтесь к нам
New advices