What is gluten and gluten-free products

Gluten is a compound protein found in many grains. Especially a lot of it in wheat, oats, barley and rye. Some people have innate genetic intolerance to gluten which can manifest as acute inflammatory reaction or weaker. In these cases, it shows gluten-free products. 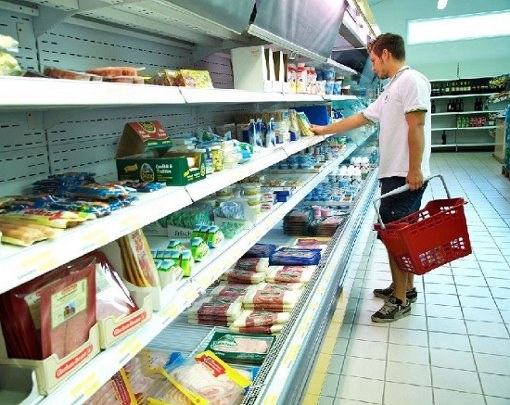 Gluten is gluten, which is a useful property of cereals. Genetic disease in which the body dramatically reacts to gluten, called celiac disease. In people with this diagnosis the presence in the body of one of the fractions of gluten – gliadin provokes inflammation of the walls of the small intestine.

This is because the immune system klassificeret gliadin as a foreign protein and seeks to oust him by any means, striking at the same time, and those tissues in which it is contained. Sometimes the inflammatory response are observed in other organs: joints, heart, brain. Patients with celiac disease suffer from chronic diarrhea, anemia, underweight, diabetes and depression.

Doctors from Europe and the United States was conducted by an independent research, during which they and others got the same results. As it turned out, understated gluten intolerance quite often. It can occur when eating bread and pasta, and foods containing flour.

In this case, there is heaviness and pain in the stomach, bloating, that many people simply do not pay attention, and yet, this reaction of the body's signal to eliminate from the diet all foods that have gluten.

Unfortunately, using the tests to identify gluten intolerance is not always possible. But it is confirmed that a gluten-free diet improves health in many chronic patients with unclear diagnosis.

If you suffer from gluten intolerance, please note that it can be found not only in baked goods, very often it is used as a thickener and can be added to yoghurts, sausages, ketchup, sauces and mayonnaise. You need to eat special foods, which does not have gluten. Many companies have started manufacturing these products for people with severe or hidden gluten intolerance.

You should not consume foods containing gluten, unnecessarily, if you have no intolerance to it, as in flour products contain necessary vitamins of group B.

Gluten-free products do not contain flour, but that does not mean that they are low in calories, they are often even more nutritious than their conventional counterparts. A gluten-free diet is not aimed at getting rid of extra pounds, no wheat flour manufacturers are trying to compensate by adding more sugar and fat. So be sure to watch the calorie content, which should be stated on the packaging of the product.
Is the advice useful?
See also
Подписывайтесь на наш канал